Barbers, chairman of the House Committee on Dangerous Drugs, made the call after six Chinese nationals were caught in a dragnet by a composite government law enforcement team for possession of one kilo of shabu worth P6.8 million while about to exit at the Tipo Gate of the Freeport Thursday night (July 30).

The arrested suspects, who are believed workers seen frequently with their vehicles at the POGO area at Cubi in the Freeport were identified as Jiang Peng, Liu Qiao Zhi, Huang Du, Chen Pingxing, Xia Fayong and Fan Sheng Jian.

“While I cannot yet determine if they were really Subic POGO workers, it has been established and recorded that the suspects on board their vehicles had been frequently monitored to be frequenting and entering at least two units at the POGO compound at Crown Peak in Subic,” he said.

Apprehended while aboard a Nissan X-Trail ((XTP-513) in the guise of having committed traffic violations, the suspects yielded a Cal. 45 pistol with seven live bullets, mobile phones, IDs, wallets and passports.

Barbers said the lawmen involved in the operation include agents from the Philippine Drug Enforcement Agency (PDEA-NCR), Intelligence Service-Armed Forces of the Philippines (ISAFP) and National Intelligence Coordinating Agency (NICA) and the local police, indicating the immensity of the drug-sting operation.

“And what is worrisome and suspicious is that only one (1) kilo of shabu was seized or ‘declared’ to have been seized from the suspects. This, despite na malakas na ugong sa mga kwentuhan sa Subic na more than 300 kilos ng shabu ang nakuha sa mga suspects,” he added.

According to Barbers, there were also reports that the composite government team failed to capture and apprehend other cohorts of the arrested suspects who were on board a Toyota Alphard and Hi-Ace vans.

Some POGOs have registered their firms inside the Subic Freeport Zone to enjoy preferential tax treatment. But they later establish the bulk of their operations in Metro Manila, particularly in Makati, Paranaque, Quezon City and Paranaque, to skirt payment of right amount of taxes. 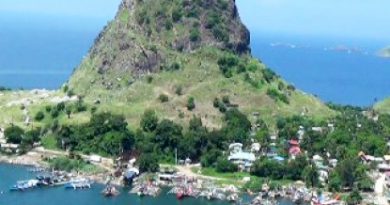