A Philippines Offshore Gaming Operator (POGO) inside the Subic Bay Freeport Zone (SBFZ) is in hot water after it refused entry to the Inspection Team sent by the Subic Bay Metropolitan Authority (SBMA) over the weekend to conduct inspections to ascertain compliance to the Enhanced Community Quarantine (ECQ), and if it ceased operations as ordered in the face of the Wuhan Virus (Covid 19) Pandemic.

“Ekxinum, Inc. told us to make an appointment first before coming for inspection,” team member SBMA Fire & Rescue Chief Ranny Magno said, “which is not right because inspections are supposed to be random.”

This prompted SBMA Chairman & Administrator Wilma T. Eisma to order the SBMA Business and Investment Group (BIG) to work with the Legal Department “in issuing a ‘show cause’ order for Ekxinum to explain why it barred the SBMA inspection team from entering its premises.”

Except for Ekxinum, Inc., other POGO centers and businesses in the Freeport allows the SBMA Team to enter and inspect their premises.

Earlier, there had been suspicions of possible continued operations of the POGOs despite the government’s order to stop, which not only raises the risk of spreading the Wuhan Virus, but would also be cheating the government of taxes.

Like Ekxinum, hotels in the Freeport that are exclusively housing Chinese POGO employees like Buma Hotel and Inter-Park Hotel could have easily continued operations right from their rooms without getting the attention of authorities.

Passenger buses from the said hotels marked “Food Delivery Do Not Delay” and “Food and Basic Needs Service” have also raised suspicions that they are transporting workers to POGO Centers within and outside the Freeport, thus, Eisma ordered stricter measures in monitoring the trips, and “if caught,” she said, “will be dealt with accordingly.”

“SDN can measure real time usage of bandwidth,” said the executive who requested not to be named, “per port and/or per customer, among other metrics, that is, peak time/lean time, usage patterns, fiber cuts and outages, etc.”

Eisma said she has ordered the SBMA Legal Department to coordinate with the PLDT in looking into the “usage of bandwidth capacities” of the POGOs in Subic.

Ekxinum, Inc. is the biggest POGO in the Subic Freeport that employs thousands of Chinese at the sprawling some 3.6-hectare former school compound turned Online Gambling Center at Upper Cubi which another company, Premium Technical Training and Facilities, Inc. that is also owned mainly by Ekxinum owners, leased from SBMA in 2017 and subleased to its sister POGO company.

Eisma has informed POGO companies in the Freeport that should the national government give the go signal for POGOs to resume operations, they will have to submit certifications from the Bureau of Internal Revenue (BIR) that they have paid all taxes due as of March 2020, as announced by PAGGOR Chair Andrea Domingo, otherwise they will not be allowed.

Earlier, the BIR has said “almost all POGOs” have unpaid taxes. 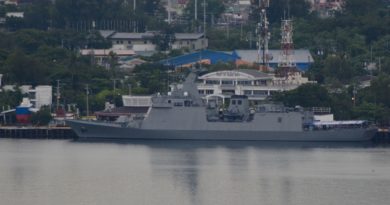 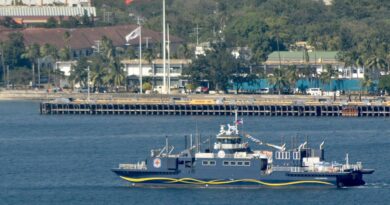