Continuing our scrutiny on the Sunday Times Magazine profile interview of Wilma Eisma, outgoing chairperson and administrator of the government owned and managed Subic Bay Metropolitan Authority (SBMA) recently, the co-existence between Olongapo and SBMA surfaced.

Eisma, born and raised in Olongapo declared that the city and SBMA cannot be differentiated, contrary to some public belief. According to the lady lawyer, a known protégé of Sen. Dick Gordon and pioneer headman of the Freeport Zone by virtue of RA 7227, the Bases Conversion Development Authority Act, and the law enacted after the departure of US military personnel in 1992.

She said “there is no them, there’s only us. Magkaduktong sa pusod yan eh, Olongapo and Subic Bay Freeport,” lamented Eisma.

“Sana naiintindihan ng mga taga Olongapo that there are some decisions that have to be made by SBMA not because to go against them, but for the betterment of everybody,” the lady bossman pointed out.

She asked for a change in the mindset of the people in the city citing that “kung ano man nangyayari sa Freeport, it deeply affect the community because 99.9 % of the jobs at the economic zone hired are from Olongapo, “ Eisma said.

Moreover, she emphasized that it’s not a versus kind of relationship that exist between the two parties. The relationship must be “symbiotic”.

Eisma reminded the public that SBMA and Olongapo is the proud home of original volunteers and cited the reason why the Freeport even exist at the moment.

She highlighted the core efforts of the legion of volunteers that exemplified “the Malasakit teamwork.”

As building of “Berlin Walls” a gesture of separating perimeter residents from the base properties.
Eisma claimed the concrete walls are security measures and have no malicious intent.

The office of the Department of Trade (DTI) in Zambales held a yearend meeting with some local members of media last week and reported that it has conducted 142 training sessions in the province with 3, 278 participated in the Negosyo Center activities.

Tennis playing former Mayor Rolen Paulino continues to preside over the Olongapo Tennis Club (OTC) as he was reelected to head the sports organization. Induction of the officers as customary will be on New Year’s Day at the old shell court. 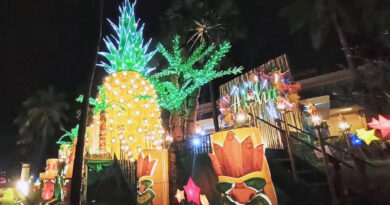 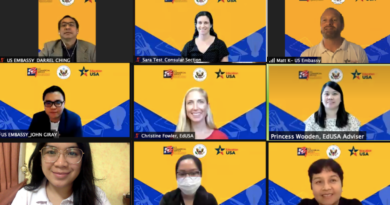 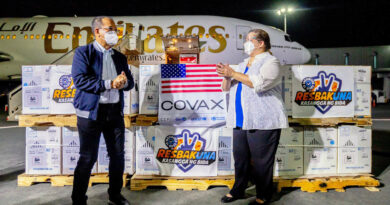