SUBIC BAY FREEPORT — The Subic Bay Metropolitan Authority (SBMA) clarified on Friday that it has put in place significant measures to improve locator services in the Subic Bay Freeport in line with President Duterte’s directive for agencies to simplify business procedures and expedite transactions.

SBMA Chairman and Administrator Wilma T. Eisma said among the measures already implemented by the Subic agency are extending the validity of business permits from one to three years, and establishing one-stop shops to automate the processing of permit renewals.

“We have operationalized these measures last year, which was also the time when President Duterte approved Republic Act 11032, or the Ease of Doing Business and Efficient Government Service Delivery Act of 2018,” Eisma pointed out.

“In fact, we established the One-Stop Shop Business Processing Center (OSSBPC) in February 2018 and then released the first batch of the three-year Certificates of Registration and Tax Exemption (CRTEs) in June last year. RA 11032 was approved in May,” she said.

“Then following the issuance this July of the implementing rules and regulations for RA 11032, we formed our anti-red tape unit with key officials as members, and also created three technical working groups to oversee compliance with the law,” she added.

The SBMA official cited these initiatives in the wake of a report that some businessmen here were urging the Subic agency to “adhere to the ‘ease of doing business’ law”.

As quoted in the Sept. 19 report of the Philippine Daily Inquirer, the Subic Coastal Development Corp. (SCDC), developer of the Moonbay Marina commercial area here, claimed that securing business permits in Subic like the CRTE “could take an excessive amount of time” that some locators “have gone without this important document for months for unclear reasons.”

Another investor, Alex Dayrit of Brighterday Subic Ltd. Inc. (BSLI), which operates the All Hands beach resort, was quoted as saying that “there is no such thing as ease of doing business in the Subic Freeport.” He also described the SBMA’s collection policy as “punitive rather than corrective.”

Meanwhile, Robert Gonzaga, president of the Subic Bay Marine Exploratorium Inc. (SBMEI), operator of the Ocean Adventure marine park, remarked that with its regulatory powers, the SBMA “can either be a catalyst or disruptor of economic development”. He added that SBMA should toe President Duterte’s order “to help move our country forward.”

“Now where are these coming from?” Eisma reacted. “What could be their agenda when we have been initiating business-friendly measures and adopting best practices to improve locator services?”

“Could it be that because these locators have pending contractual issues with the SBMA, they are now trying to coerce the agency through the media? Why don’t they sit down with us and talk?” she asked.

SBMA records indicate that both the SCDC and the SBMEI have been taken to task by the SBMA for failing to comply with their development commitments for the areas they occupied. This was a violation of their respective lease contracts with the SBMA.

In the case of the SBMEI, the company also failed to settle billings of at least P6.8 million; had undertaken illegal reclamation and construction; and made unauthorized closure of public roads. It also violated contractual obligations by subleasing properties without SBMA consent, Eisma said.

On the other hand, BLSI was contesting SBMA’s computation of the firm’s lease obligations, but Eisma said all these “could be settled on the negotiating table, not through media exposure.”

“It appears that their complaints have nothing to do with RA 11032, because ease of doing business does not mean you can continue defrauding the government. We cannot let that happen,” the SBMA official said. 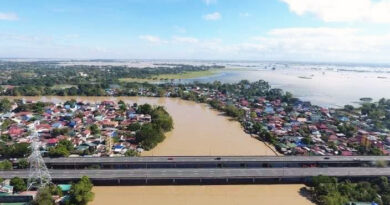