“I have been in touch with Sec. (Delfin) Lorenzana and Sec. (Hermogenes) Esperon” Eisma said, “the Coast Guard is taking lead (in verifying the presence and purpose of the vessel) assisted by SBMA Harbor Patrol.”

Why the suspected Chinese Ship entered Subic Bay is yet to be determined but officials say said it could be to seek shelter from bad weather. However, while it is cloudy in the vicinity of Subic Bay, there is hardly rains all morning while at times, the sun even shines through.

This bustling Freeport is a former US Naval Base and the sentiment of locals tend to lean toward the United States, frowning at Chinese presence that has recently surged as a result of widespread operations of Online Gambling that hire only Chinese nationals from mainland China.

This development came at a time when the Philippines, notwithstanding President Rodrigo Duterte’s defeatist pronouncements regarding Chinese incursions, occupation and use of the Philippines’ exclusive economic zone in the West Philippines Sea, is locked in a dispute over rights in the said area.

A US Navy Ship, the destroyer USS Mccampbel, left Subic earlier this morning after a three-day stay. The USS Mccampbell is one several escort vessels of the US Nuclear-powered SuperAircraft Carrier USS Ronald Reagan presently on a port visit of Manila Bay.

It is not known whether the suspected Chinese vessel’s presence has anything to do with the US Navy ships visit to Subic and Manila Bay.

pls. see update: Chinese on board but not Chinese Vessel – SBMA Harbor Patrol 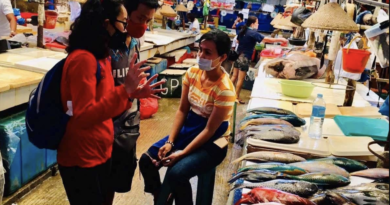 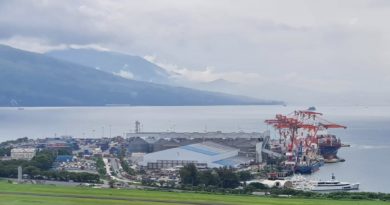 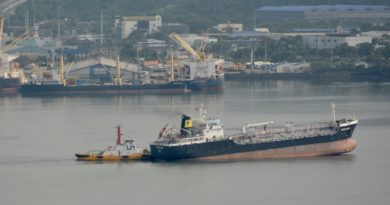