IBA, Zambales — The war against COVID-19 goes beyond stopping the spread of the virus, and well into everyone’s survival in what is now known as the “new normal”.

“While we continue with our programs in the war against Covid-19, we now have to establish programs that would help generate income for the thousands of displaced workers, including returning OFWs,” said Gov. Hermogenes E. Ebdane Jr. over the weekend in a public briefing, recognizing the concomitant problems brought about by the Pandemic.

As Zambales eases down to General Community Quarantine (GCQ) status starting tomorrow, Monday, Ebdane said the province is embarking on several projects to stimulate the local economy and provide jobs and food security, as well as income to the government.

He said these include several agri-fishery recovery and assistance projects targeting farmers and fisherfolk, as well as micro and small enterprises, and a dredging program designed to shore up local revenue.

“The transition from ECQ and MECQ to GCQ was made not because there is no more virus but because of the need for the economy to recover,” Ebdane said, citing information from the National Economic Development Authority (NEDA) which estimates that the economy lost some P1.1 Trillion in the first 45 days of the Pandemic alone.

As Zambales must rely more on its own resources to boost its finances, Ebdane said the provincial government will prioritize the dredging project that now presented two opportunities to Zambales — a solution to flooding, and an income-generating project that would stimulate the pandemic-stricken local economy.

Ebdane said the river-dredging project has already been approved by the Department of Public Works and Highways (DPWH) and the Department of Environment and Natural Resources (DENR) late last year, leading to the issuance by DENR of Department Administrative Order No. 13 (DAO 13) and the screening for qualified operators early this year.

DAO 13 approved the immediate “river restoration through dredging” and the restoration of the “natural state and water flow” of Bucao, Maloma, and Sto. Tomas-Maculcol rivers, which had become the channels for billions of cubic meter of Mt. Pinatubo lahar sand deposits on their way to the sea.

“Every year, the river beds rise by one meter. And periodically, the province and the DPWH had to raise the height of the dikes that border these rivers to protect the outlying barangays,” Ebdane pointed out.

Accordingly, the dredging operators will collect the lahar sand that accumulated at the mouth of the three rivers, thus clearing the delta for a more efficient draining of river water into the sea. The collected materials will be sold to buyers, from which the Provincial government, the Municipalities, and the Barangays, as well as the national government, will all earn revenues.

These would ensure the availability, accessibility, and affordability of food for Zambaleños during the quarantine period, Ebdane said.

As of the end of the MECQ, Zambales has recorded a total of 24 confirmed Covid-19 cases, with 20 recoveries, one fatality and three active cases.

“Even as we transition from MECQ to GCQ, we will continue to enforce border controls and curfew from 8 pm to 5 am,” Ebdane also said. 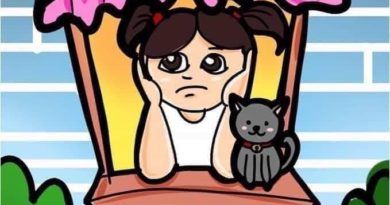 6,523 careers up for grabs in DOLE Labor Day virtual job fair in CL