PACIFIC OCEAN (NNS) — The crew of a P-8A Poseidon aircraft from Patrol Squadron (VP) 45 located a missing mariner and his vessel during a Search and Rescue (SAR) operation Jan 17.

The crew located the vessel approximately 50 nautical miles from the last known location, Jan 13. The crew deployed a search and rescue kit to the stranded mariner and reported the location to the U.S. Coast Guard to coordinate recovery.

VP-45 was dispatched to aid in a Search and Rescue (SAR) operation about 600 miles off the coast of Guam, Jan 17.

The sixteen-foot skiff was reported missing around 1100 Zulu time, Jan 13. Only one passenger is believed to have been onboard the vessel. Guam’s U.S. Coast Guard Rescue Coordination Center responded but requested the assistance of VP-45’s fixed-wing Maritime Patrol and Reconnaissance Aircraft.

VP-45, based out of Jacksonville, Florida, is operating out of Kadena Air Force Base in Okinawa, Japan. The squadron is conducting maritime patrol and reconnaissance as well as theatre operations within U.S. 7th Fleet area of operations. 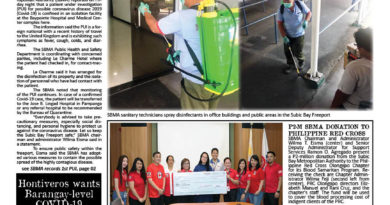 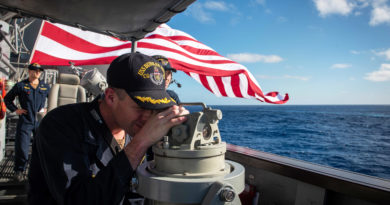