“Louisville Sailors are some of the finest in the world,” said Cmdr. Robert W. Rose, from Garland, Utah, and Louisville’s commanding officer. “Their hard work, ingenuity, and constant effort kept Louisville ready for every phase of deployment. As commanding officer, it is my absolute privilege to lead this crew in carrying out our nation’s most important tasking.”

During the deployment, 27 Sailors were promoted and 26 Sailors and six officers earned their submarine warfare qualification.

“Our strength on Louisville has always been our teamwork and mentorship; it’s what enables us to succeed,” said Senior Chief Fire Control Technician Teruedum A. Cox, a native of Goldsboro, North Carolina and Louisville’s Chief of the Boat. “The senior members of our crew did an incredible job training our junior Sailors on the deck plate level. My hat’s off to our entire crew.” 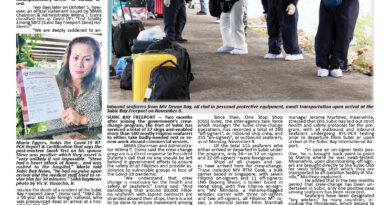