In commemoration of World TB Day on March 24, the U.S. Government, through the U.S. Agency for International Development (USAID) is reaffirming its commitment to help the Philippine government eradicate the deadly disease.

Tuberculosis (TB) is an airborne and infectious disease. The majority of TB deaths have been recorded in developing countries and the disease is closely linked to substandard housing, poor nutrition, and other social determinants of health. The Philippines currently has the 9th largest burden of tuberculosis in the world: approximately 390,000 Filipinos who have TB and 75 people die daily from this curable disease.

In a recent message delivered by USAID/Philippines Mission Director Gloria Steele, she said, that USAID is working with the Philippine government in implementing TB prevention and control activities to assist the country in meeting its TB objective as outlined in the Philippines Development Plan for 2011-2016.

”We are partnering with the National TB Control Program (NTCP) and the Department of Health (DOH) in strengthening the public and private sectors’ capacities to implement DOTS (Directly Observed Treatment, Short-Course), the internationally recommended strategy for TB control.”

Tuberculosis (TB LINC) Project is a five-year initiative aimed at sustaining the coordination and collaboration of TB control partners from both the public and private sectors. The project provides technical assistance to the National TB Program and works directly with high TB prevalence and low-performing provinces and cities throughout the country, including the Autonomous Region in Muslim Mindanao.

Implemented by DOH, the project supports the attainment of the Millennium Development Goals to reduce TB prevalence and mortality by half by 2015, by helping the government achieve the targets of 70 percent case detection rate and 90 percent treatment success rate.

Activities supported by TB LINC for this year’s World TB Day commemoration include the Memorandum of Understanding (MOU) signing between Caloocan City and Smart Communications, Inc. for the implementation of Secured Health Information Network and Exchange (SHINE TB) to provide better care for TB patients; TB awareness forums in Laguna and Tawi-Tawi; and MOU Signing on Pharmacy DOTS in Lamitan, Basilan.

Together with its work in the Philippines, USAID’s partnership with national TB control programs in 41 countries has prevented the spread of the disease and the development of drug resistance.

USAID also supports research to improve existing approach to TB control or develop new tools and facilitates their uptake at country level. As a result, in 2011, 3.8 million tuberculosis cases were detected in countries supported by USAID—a 51 percent increase since 2000. The United States will continue to work with our partners to fight this deadly disease.

We are supporting programs that are saving lives and fostering a more secure world, focusing our efforts in countries where the burden of the disease is highest,” Ms Steele said. President Obama and Secretary Clinton have prioritized global health and human welfare. 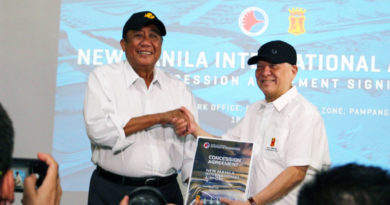