SUBIC BAY FREEPORT — Subic Bay was named “Destination of the Year” for 2016 and 2017 by the Philippine Sports Tourism Awards (PSTA), a Cebu-based awards body that honors organizers and groups that help position the Philippines as a competitive sports tourism destination worldwide. 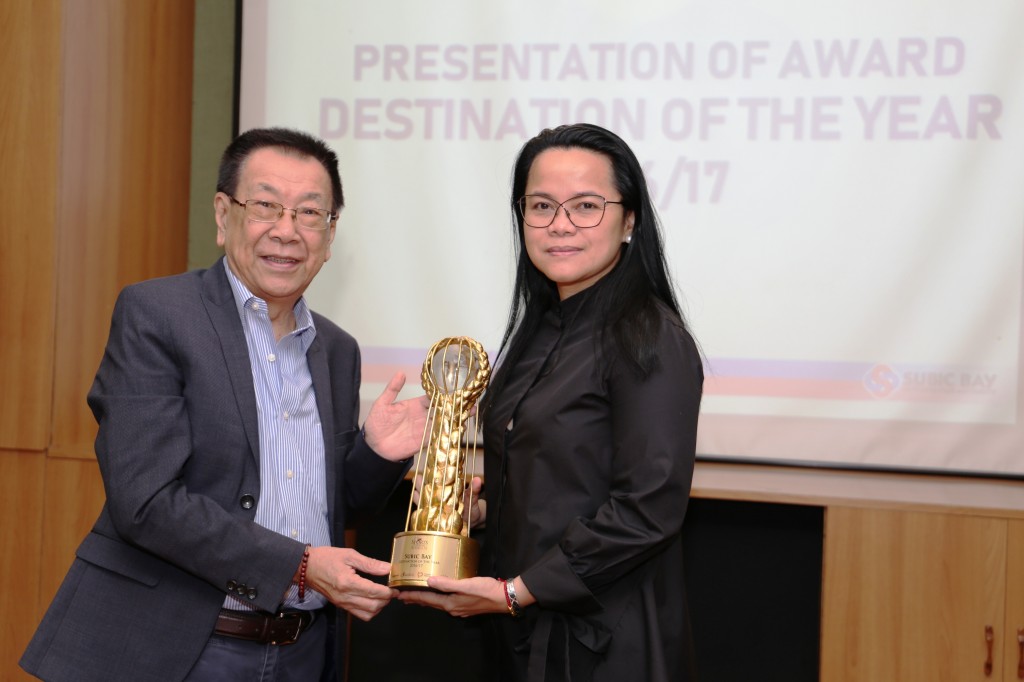 Lim said that Subic received the PSTA’s nod after the panel of judges took into consideration the consistency with which sports activities were held in the Freeport.

“There’s a variety of sports events held in Subic almost every month, and that’s really a plus factor,” Lim said, noting that Subic has also hosted major events like the Ironman and Alaska races, as well as the annual regatta.

“I hope Subic will continue to keep up the momentum, and we look forward to the nomination again of Subic for 2018,” Lim also said.

SBMA Chairman Eisma, meanwhile, said the new award only shows that Subic remains the sports destination in the country most preferred by local and international sports organizers.

“The award speaks well of the natural beauty and the unspoiled environment of Subic amidst continuous economic development,” Eisma said. “It means that Subic had successfully harnessed the synergy of sports and tourism to make it to Number 1 for two consecutive years.”

The SBMA chief also pointed out that Subic won the gold award for best sports tourism destination in the 2017 Sports Industries Awards and Conference Asia (SPIA Asia) held in Thailand, and brought home the bronze award for the same category last year.

Eisma added that Subic will continue to join competitions in order to improve its tourism services and facilities further.

During the meeting with the SBMA chairman, Lim said that sports tourism is now the fastest-growing component of the travel and sports industry, especially with the current boom in medical tourism, agri-tourism, and eco-tourism.

He said that with Subic’s hosting some of the SEA Games events in November, the estimated 5,000 participants and officials that will join sports events here may bring along an average of three family members or friends, relatives or supporters with them.

“So the number could reach about 15,000 visitors. That means they will need at least 7,000 rooms, which would be a tremendous boost for the Subic economy,” Lim said.

The PSTA was organized in 2015 by the Philippine Sports Commission, Department of Tourism, Philippine Tourism Promotions Board, and Selrahco Management and Consultancy Services, as the lead private group. It is now managed by Selrahco-Primetime headed by Lim.

Lim explained that the PSTA was actually conceived in 2004 as a result of many years of encouraging sports events organizers to promote sports, recognize and professionalize the organizing management skills of organizers, and urging volunteers to be involved in the organization of sports events.

“As we went along, we found that it was a good gesture to start recognizing the people who organize, who take the trouble of travelling to organize the sports events,” Lim said.

LGU Revenue Shares from SBMA up 41%