Who says seniors can’t work after retirement age? They still can and do.

It aims to commission and grant sustainable assistance to the senior citizens and nurture their skills and abilities.

The Department of Health (DOH) believes that senior citizens can still be economically productive, hence, this program was launched and lauded those establishment who hires senior citizens as part of their seasonal workforce.

“I enjoyed being a retiree, but after a while, I began to miss the work environment coz’ I used to work at the Subic Naval Base,” said Thomas Exciminiano,66 of Brgy New Banicain. “Malaking bagay ito sa amin, dahil dito nararamdaman namin ang pagbibigay importansya sa mga seniors.”

This program offers casual and part-time work assignments to deserving senior citizens. The seniors are given part time jobs as usher or greeter in the mall with 4-hour working days, twice a week , preferably on Saturdays, Sundays or Holidays when there is an influx of customers. They work anytime from 10:00 am to 6:00pm.

In the Philippines, the population of 60 years and older was 3.7million in 1995 or 5.4% of total population. In the 2000 census, this increased to about 4.8 million or almost 6% (National Statistical Coordination Board). At present, there are 7 million senior citizens (6.9% of the total population) 1.3M of whom are indigent.

“It is noteworthy that SM Supermalls is hiring documented senior citizens whose duty is to welcome customers as they enter the mall, their appreciation for our elderly is well acknowledged,” expressed OSCA head Beth Diaz. (PR-SMOL) 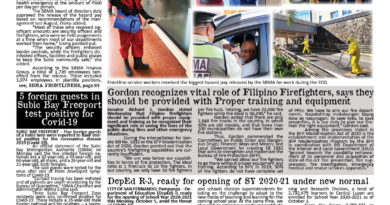