SUBIC BAY FREEPORT — Singapore-based Interflour Group Pte Ltd. (Interflour), one of the producers of the finest flour in the world, will be building its Philippine mill in Subic as part of its expansion program to meet flour demand in Southeast Asia.

Registered under the business name Mabuhay Interflour Mill Inc, the new flour mill is part of the US$30-million committed project investment of Interflour in Subic.

Garcia said the new Subic entrant is proof that the Philippines is “in the screen” of foreign investors who are encouraged by the trust and confidence earned by President Aquino’s good governance program.

The new flour mill will be constructed in a 52,852-sq.m. lot inside the Subic Bay Gateway Park. It is expected to be completed in 24 months’ time.

The company will engage in milling of wheat into food flour for direct sale to consumers, distributors and retailers in the domestic and for-export markets.

Garcia added that the project would provide bakeshops and entrepreneurs in the country with the highest quality flour in competitive or much lower price, as the cost of hauling and transporting flour to parts of Central and Northern Luzon will be cut by as much as fifty percent.

This will also mean additional revenue for SBMA of about P5.5 million a year, for the use of ports by transport ships coming from wheat-growing countries like Australia, United States, Canada, as well as Europe and the Black Sea countries.

For Interflour, Harvey noted that Interflour Group is one of the biggest flour milling companies in the world with seven flour mills located in Vietnam, Indonesia, Malaysia and Turkey. The combined wheat milling capacity of these mills is nearly 6,000 tons per day, which is equivalent to almost 1.5 million tons of flour produced each year.

He added that Interflour holds international certifications for its world-class technology, including Good Manufacturing Practice (GMP), and a certification for producing Halal food products.

The proposed mill in Subic will be capable of producing 500 metric tons a day of flour. However, Interflour plans to expand its capacity with an additional 500 tons by 2019.

“The Philippines is an important market in Asia, with an estimated 25,000 bakeshops and with Gardenia as the largest. Interflour will be offering the finest flour for the local market, particularly in Central Luzon,” Harvey said. 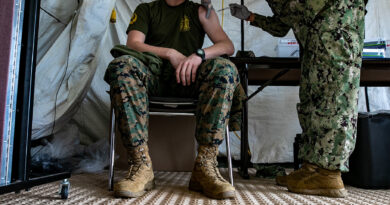