Wilma Eisma, chairman and administrator of SBMA, on Wednesday said Senator Richard Gordon has filed Senate Bill No. 2207 which seeks to expand the area, not just of the Subic Bay Freeport, but also of the Clark Freeport.

Eisma said under the proposed measure, some parts of Zambales and Bataan provinces, along with areas in Olongapo City, will be made an adjunct of the Subic Bay Freeport under a phased expansion program.

Eisma also said that in consultation with neighboring local government units last year, the SBMA has gotten pledges of more than 21,000 hectares of expansion areas for future investment projects.

“We want these areas to be utilized as economic zones because we are already running out of space in the Subic Bay Freeport,” Eisma told local media in an interview.

The proposed expansion, she added, “will sustain the growth of the Subic Freeport, attract more investments, and generate jobs for residents from nearby communities and other areas.”

Senate Bill 2207 also seeks to increase the area of the Clark Special Economic Zone from the current 4,400 hectares to 35,400 hectares and mandates Subic and Clark authorities to frame some master plan for the phased expansion. (PNA) 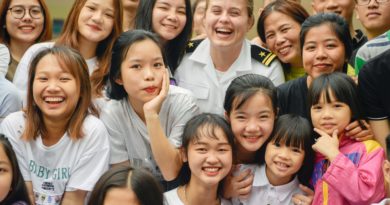