SUBIC BAY FREEPORT — The Subic Bay Metropolitan Authority (SBMA) is all set to expand its existing disaster risk-reduction and management (DRRM) organization, as well as upgrade its emergency preparedness and response plan, in order to be able to handle Yolanda-like disaster scenarios.

SBMA DRRM officer Vicente Tolentino said this course of action was reached after SBMA Chairman Roberto Garcia instructed disaster-management experts here to re-assess and re-evaluate the agency’s preparedness and response capacity in the wake of the Typhoon Yolanda tragedy in Eastern Visayas.

The assessment was made recently by the Subic Bay Disaster Risk-Reduction and Management Committee (SDRRMC), which is composed of representatives from various SBMA departments, government agencies, and other auxiliary groups in the Subic Freeport.

“The consensus is that there is a need to modify or upgrade the SBMA Disaster and Emergency Prepared and Response Plan, which was drafted in 2001, because some or most of its procedures, systems and protocols are already outdated,” Tolentino said.

During the SDRRMC’s assessment and evaluation session, it was noted that while national and local government preparations were in place even before Yolanda hit the country, no one had anticipated the destructive effects of a Signal Number 4 typhoon, the equivalent of a Category 5 hurricane.

Tolentino said that the two observations stressed the need for the SBMA to give importance to an information and education campaign on disaster preparedness for workers and residents in the Subic Freeport area, as well as to ensure a secure network of frequency-based radio communications units.

Roderic Grueso, deputy chief of the SDRRMC Operations Center, also said that in the wake of the Yolanda tragedy, Filipinos should change their perspective about typhoons, which commonly visit the Philippines during the rainy season.

“We used to define major disasters as volcanic eruptions, earthquakes or tsunamis. But with our experience with Yolanda, we should no longer discount the potential of typhoons to bring massive destruction,” Grueso said.

Disaster-management experts here also said that as part of updating Subic’s emergency response plan, the needs and constraints in the acquisition and depreciation of equipment and other resources should be identified.. 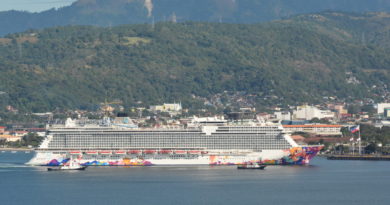