SUBIC BAY FREEPORT —The Subic Bay Metropolitan Authority (SBMA) has set aside a total of P617 million for its capital expenditure (capex) program this year, as the agency embarks on more projects to improve infrastructures and facilities, as well as to further promote the Subic Bay Freeport.

SBMA Chairman and Administrator Roberto Garcia said the 2014 capex schedule was approved by the SBMA board of directors recently on the strength of the agency’s record-breaking financial performance for 2013.

“Because we achieved last year an all-time net profit of P1 billion, which is the biggest in the last 21 years that the SBMA existed, our board of directors approved our capital expenditure budget

“Our capex this year is really a big departure from past allocations, but we really worked hard for this,” he added.

“We will be spending for dump trucks, for more service vehicles, beautification of the Freeport, roads, repair of infrastructure, for our airport, and other projects to make the Freeport more attractive to foreign investors,” Garcia said.

According to figures released by the SBMA Finance Group, the agency’s 2014 capex budget of P617 million represents a whopping 6,740 percent increase over last year’s capex of P9 million.

Of this, around P2.6 billion will be spent on buildings and structures; P90 million on land and land improvements; P391 million on equipment outlay; and P134 million on information technology equipment, which received a budget of only P13,000 in 2013.

Last week, as Garcia presented eight new pickup trucks that were acquired as initial purchases under the 2014 capex, he also appealed to SBMA officials and employees for them to continue looking for new sources of revenue to further improve the agency’s financial performance.

“We are already here at this level where we can provide for what we need. We are committed to spend not only for equipment and facilities, but for our people most especially,” Garcia assured. “But we must help each other to take SBMA up to a higher level,” he added. 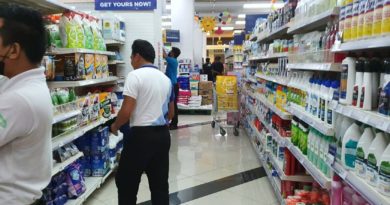