SUBIC BAY FREEPORT — Emergency rescuers from Subic Bay Metropolitan Authority (SBMA) will again receive the highest honor in the national disaster management recognition program after being chosen as first place in the Urban Search and Rescue (URBAN SAR) category for this year.

This will be their second award in the said category since 2009.

SBMA Chairman Roberto Garcia said this was announced by the office of Undersecretary Eduardo del Rosario, administrator of the Office of Civil Defense (OCD) and concurrent executive director of National Disaster Risk-Reduction and Management Council (NDRRMC).

The SBMA Fire and Rescue Team is headed by Ranny Magno, one of the country’s acknowledged experts in disaster and emergency operations, who is constantly invited by various rescue teams to give lectures and share experiences on  disaster management.

The National Disaster Coordinating Council (NDCC) presents the annual Gawad KALASAG, an acronym for “KAlamidad at Sakuna LAbanan; SAriling Galing ang Kaligtasan”, in recognition of individuals, groups or institutions that have shown extraordinary courage, heroism, self-sacrifice, and bravery against all odds in times of emergencies and disasters.

The SBMA Fire and Rescue Team, together with other winners for various categories, will receive the award on October 25 at Camp Crame in Quezon City. 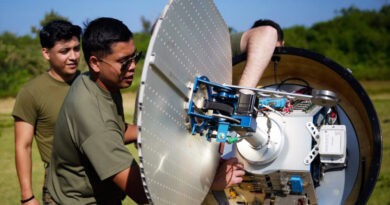