“We’re on the same page,” Eisma said on Friday, stressing that friendship and cooperation had long been the cornerstone of Subic-Olongapo relations.

“I believe that we have a shared mission, that we have to get our acts together despite some friction that crop up in the minutiae of operations, which is but normal between two separate entities that work in close proximity,” she added.

Eisma asserted this a day after Olongapo City Mayor Rolen “Len J” Paulino Jr., in an interview with Press Secretary Martin Andanar over Radyo Pilipinas, described a “symbiotic” relationship between Subic and Olongapo.

The mayor’s pronouncement belied charges made recently on social media that the SBMA lacked coordination with city officials on matters like Covid-19 control measures and that it was building a “wall” between the two communities.

In the said interview, Mayor Paulino stressed that the Subic Bay Freeport Zone and Olongapo City have a mutually beneficial relationship and that coordination between the two entities has boosted the local economy.

“Actually, the relationship is very symbiotic; it’s mutual. Olongapo supplies manpower (to) the Subic Bay Freeport, and on the other hand, the Freeport is, of course, a major source of employment for Olongapo residents,” Paulino explained.

“It’s a big help, in addition to the business establishments here in Olongapo,” he added.

Paulino also told Andanar that the city government and SBMA had coordinated with each other in establishing health safety measures after the Covid-19 pandemic broke out.

“We continue to coordinate with each other to ensure the control of Covid transmission, so that we can also prevent business disruption. And, of course, when we ensure the continuity of business operations, we also ensure the financial security of our people,” he added.

Following this, Eisma said the SBMA will further initiate cooperation projects with Olongapo and other local government units near the Subic Bay Freeport to improve local response to the Covid-19 pandemic.

“This is another common ground where we can pool our resources and contribute best practices so that we can balance health and economy, and together beat Covid-19,” Eisma said. “In fact, we have already agreed to regularly meet to discuss Covid-19 strategies.”

She also confirmed that the neighboring city is the biggest provider of workers in the Freeport, with a total of 58,957 as of June this year, or almost 43 percent of the Subic workforce. Because of this, Olongapo consistently receives the biggest revenue share from the SBMA among the eight beneficiary local government units contiguous to the Freeport, she added.

Eisma also put to rest the issue that the SBMA is building a wall to separate the Freeport from Olongapo, whose original Spanish-era settlement now comprises the Freeport’s central business district. She clarified that the agency is simply replacing the US Navy-era cyclone wire fence with concrete to avoid costly repairs.

“We are not building a wall to divide the Subic-Olongapo community. What we are actually doing is protecting the single biggest local asset that Olongapeños and other stakeholders in Zambales and Bataan have built and nurtured all through these years,” Eisma said.

“This is our legacy and it is our common task to protect it,” she added. 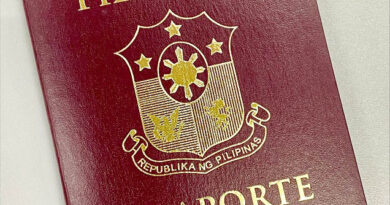 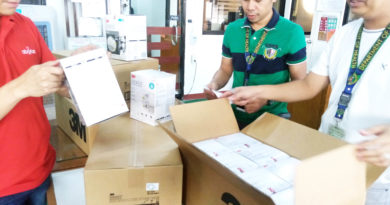 Hunt on vs. cohorts of traffickers in Central Luzon drug haul