The 240 hectares of property repossessed so far is part of the area SBMEI, in violation of its development commitment, failed to develop.

“For almost 20 years, the SBMEI failed to develop these areas to the detriment of the government,” she said. “The issue is much more than simply the P25 million that SBMEI owes us in back payments for its payment scheme, nor the P7 million in current billing,” she added.

She said the takeover of the properties proceeded smoothly and without any untoward incident.

The repossessed portions of the property at the Ilanin Forest here are designated as Area B, which measures 92 hectares; Area C, 97 hectares; and Area E, 51 hectares, or a total of 240 hectares.

The three properties contained a total of 22 former ammunition bunkers, warehouses and other US Navy-era structures connected by tar-paved roads, which are in various states of disrepair, indicating that the government-owned properties were not maintained through the years by the lessor.

Members of the SBMA takeover teams said that some of the bunkers were covered by dense undergrowth and were not easily located. In some areas, only piles of rubble remained where some structure should be, they added.

Still, Eisma expressed gratitude to the SBMEI management for cooperating in the repossession despite it having filed a case against the SBMA on October 18 to thwart the implementation of the agency’s pre-termination order issued on September 27.

“We also welcome the filing by SBMEI of a case in court because this move brings us one step closer to the resolution of this problem. Whatever the final decision of the court will be, you can count on the SBMA to honor it,” she added.

The SBMEI started operating the Ocean Adventure marine park project in 2002, but was later granted a 50-year lease starting January 2007 that covered 505 hectares, of which the firm has only developed a total of 11.6 hectares.

Eisma said that with hundreds of hectares of property remaining undeveloped, the government has been losing a huge amount in unrealized income, as well as in lost employment opportunities, because SBMEI is only required to pay SBMA gross revenue shares, which was four percent of its gross income.

“This means that if SBMEI was not earning any money from these undeveloped areas, then it didn’t have to pay SBMA anything. So where is justice in that?” she added.

For the developed areas that covers Ocean Adventure and Camayan Beach Resort, SBMEI has been given two (2) years to scale down operations and finally move out, unless it is able to negotiate with SBMA acceptable terms that will not be grossly disadvantageous to the the government.

“For now, or at least in the next two years, the employees of Ocean Adventure and Camayan Resort will keep their jobs. It is up to SBMEI, if they really care, to shape up to save their employees’ jobs,” Eisma said, “The ball is with SBMEI.” (30) 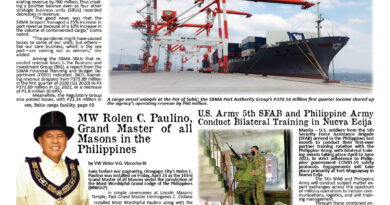 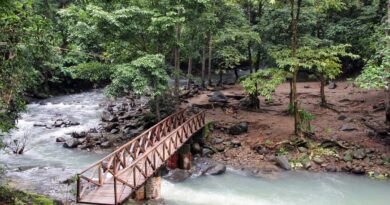