Subic Bay Freeport — The usual peaceful atmosphere here suffered a setback with the killing early tonight (Wednesday) of a prominent businessman in front of The Lighthouse Marina Resort.

“The Subic Bay Metropolitan Authority (SBMA) condemns in the strongest possible term what is apparently a targeted assassination of a business locator in the Subic Bay Freeport Zone,” Chairman & Administrator Wilma T. Eisma said in a statement to the media tonight.

Authorities identified the fatality as Dominic L. Sytin, one of the owners of the United Auctioneers, Inc. (UAI), a major importer and auctioneer of used trucks and heavy equipment operating in the Subic Freeport and Davao City.

Sketchy accounts of witnesses say motorcycle riding gunmen attacked Sytin and Espartero as they were about to enter the resort. The doorman said he was startled by the sound of gunfire and saw Sytin fall face down on the pavement, blood oozing from his head. A CCTV camera  installed at The Lighthouse’s main entrance but may have missed portions of the incident, particularly from where the victims alighted from their vehicle.

At least 9 empty shells of what are believed to be .45 caliber bullets were recovered from the crime scene.

Eisma, who rushed to The Lighthouse upon learning of the incident, immediately ordered a lockdown of all the gates of the Subic Freeport, and deployed SBMA SWAT personnel to beef up security in filtering people and vehicles passing through them. However, the assailant/s were able to avoid the authorities and made good their escape.

Also in the crime scene was Olongapo City Mayor Rolen Paulino who asked the Olongapo City Police Office (OCPO) to preserved the area for useful evidence prior to the arrival of crime investigators.

Eisma is urging “any person with information to help authorities solve this crime.”

Authorities are still mum on the possible motive, refusing to speculate pending the results of investigations. 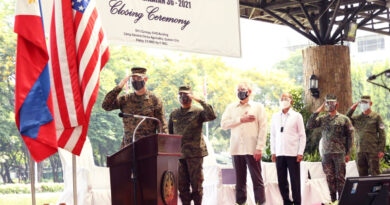 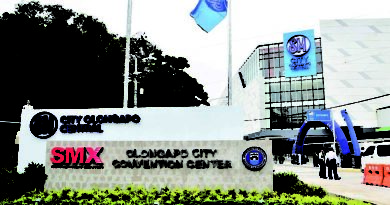