The Philippine Red Cross (PRC) reached another milestone in the fight against COVID19 after it exceeded the 1-million mark in tests conducted yesterday, October 6.

Senator Richard J. Gordon, PRC chairman and CEO, pointed out that the Philippines, just like other countries in the world, is going through the wringer in the fight against the COVID-19 pandemic but it would win against the unseen enemy with immediate action and collaboration.

“Kapag tayo ay magpupursige, lahat ay posibleng makamit. Hindi madali ang pinagdadaanan ng ating bansa sa pagsugpo ng COVID-19 kaya’t agarang aksyon ang kailangan upang tayo ay magtagumpay. As we keep moving forward, we look back and see how far we’ve come. We never knew we’d make it this far, but in our heart of hearts we knew that the country needs us more than ever. The Philippine Red Cross will always be here doing what is best for our countrymen especially the most vulnerable members in our society,” he said.

When there were just a handful of laboratories with limited testing capacities the PRC took up the cudgels and set up Molecular Laboratories in Metro Manila starting with a 4,000 test capacity on April 14 in its National Headquarters, another 4,000 on April 29 April in its Logistics and Multipurpose Center, and 4,000 more in the PRC building in Port Area, Manila in June.

At present, the PRC has 21 laboratories, with a total combined capacity of 42,000 tests per day, strategically located in 10 areas all over the country. There are three more underway.

Aside from accepting private individuals, groups and companies for testing, the PRC also tests overseas Filipino workers returning to and leaving the country, communities through the local government units, and Megaswabbing facilities, and healthcare workers.

Gordon noted that due to the volume of tests conducted by PRC, it encountered challenges at the beginning of the operations, particularly in the encoding of the case investigation form and the releasing of results. To improve its operations, PRC tapped volunteers from Mega Group and later on the Dashboard PH, a group of young Filipinos who voluntarily offered their services for the Full Digitization of PRC’s Testing from Swab to Results.
The PRC chairman said the milestone was reached through the hard work of the volunteer doctors, nurses, medical technologists, PRC staff and volunteers who put service for the country above their own selves and families.

The PRC has been preparing for pandemics and similar disasters. In January 2019, PRC already conducted Chemical, Biological, Radiologic, and Nuclear Disasters, and Plagues training and has been on the lookout when news of the virus circulated. 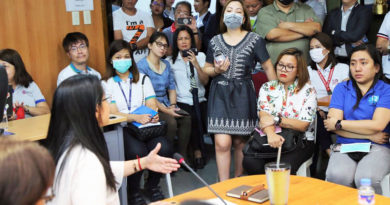 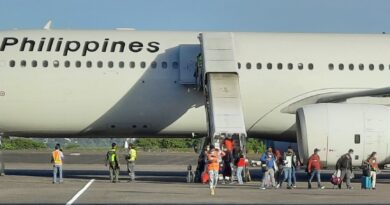