CLARK FREEPORT ZONE, Pampanga,  (PIA) – The Philippine Light Detection and Ranging (LiDAR), which is the country’s first three-dimensional (3D) mapping of 18 major river basins, will provide “real-time forecasting” hazard maps of the country.  It is under the program project Nationwide Operational Assessment of Hazards (NOAH) of the Department of Science and Technology (DOST) which is the Aquino administration’s flagship program for disaster mitigation.

During the maiden flight of the Philippine LiDAR for Pampanga River early this week in this Freeport, DOST Secretary Mario Montejo said the facility “is a powerful tool that could save lives and properties. We will be using LiDAR to acquire high resolution images that can be processed into 3D maps in major river systems including the watersheds in the country.”  Disaster Risk Exposure Assessment for Mitigation – LiDAR (Dream-LiDAR) will now be the basis to forewarn communities of potential deadly floods. He explained that through the equipment that gives reliable data, information and corresponding warning to vulnerable communities against floods and other hazards can be communicated at least six hours before the coming of floods or any hazards.  The Philippines is considered prone to disasters such as typhoon and tropical storms. At least 19 typhoons are experienced by the country each year.  The project will provide “accurate topographical data,” said Dream-LiDAR project leader Enrico Paringit.  It will also acquire data processed, validate and generate 3D mapping of the major river basins in the country to provide local government units and communities the right tools for city planning and for disaster risk mitigation measures.

LiDAR, which was launched early 2012, is “proven effective,” said Paringit, citing the accurate data provided by the DOST on the Marikina River during the onslaught of the “Habagat” in August that caused much destruction to Metro Manila and Central and Southern Luzon. Marikina River overflowed during the Habagat because of nonstop rains.  ”We were able to warn the people of Marikina hours before the flood and averted the possible loss of live because of the LiDAR,” he said.  LiDAR is also considered one of the most extensive three dimensional mappings in South East Asia, which will “complete all flood models of the major river basins, which is roughly 33 percent of the country’s total land area. LiDAR maps also have vertical accuracy of plus and minus 20 centimeters which, compared to Philippine base maps and 2D Google maps which have plus and minus 10 and 20 meters, respectively, that can’t be used for effective flood mapping,” he explained.
P1.6 billion worth projectThe said project costs P1.6 billion that will be completed on December 2013. “The difference of this project to other flood mapping is we’re using our intellectual capita assets,” said Montejo.  Composed of 50 personnel coming mostly from the University of the Philippines – Diliman, scientists, engineers, “are our assets, for they are the best and brightest people” in the country.  UP Chancellor Caesar Saloma said “this project would really bring us to a much higher level of capability in terms of modelling areas of the country when it comes to its exposures on hazards like flooding. It will provide higher resolution maps compared to what we have now.”  For UP, this project will enable us to be true to our mandate as the national university that stands with the responsibility of providing technical assistance to the government and providing expertise for the benefit of our society and country, he added.
How it worksDream program is being implemented by UP which leased out two Cessna 206 aircraft modified to carry the LiDAR systems which are presently stationed at Diosdado Macapagal International Airport inside Clark.
500 days of flying is allocated for airborne acquisition.After the airborne acquisition, LiDAR data will be processed at the project office in UP National Engineering Center where high-performance work stations are placed and will process gigabyte-sized data in able to generate the main output of the project – Digital Elevation models.
Validation will consist of the river characteristics – its depths and flows. ”The 3D maps will also be used in areas of forest inventory, environmental monitoring, infrastructure planning, fault line mapping, archaeological surveys and assessment, and government revenue management,” Paringit bared. 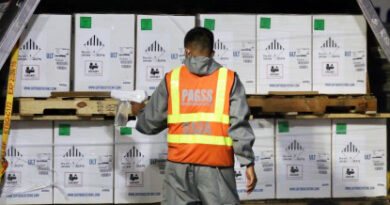