BALANGA CITY, Bataan – The Philippine Statistics Authority (PSA) on Monday said it is working hard, but with caution due to the threat of the coronavirus disease 2019 (Covid-19), to register this year some 600,000 individuals in this province under the Philippine Identification System (PhilSys).
PSA-Bataan chief Francisco Corpuz said 112,000 have already undergone Step 2 registration in the province for the government’s national identification program, of the less than 300,000 pre-registered under the Step 1 from November 2020 to April 30 this year.
He said that Step 2 will go on until December 2021 while Step 1 commenced anew via online registration starting April 30.
The Step 1 process involves the collection of the registrants’ demographic information, while Step 2 is the capturing of biometric information such as fingerprints, iris scan and front-facing photograph, which is presently being done in the PSA registration centers in 11 towns and one city in Bataan, except in Bagac town.
Registration has yet to resume in the Bagac center located at the mezzanine of the municipal hall, which was stopped on March 24 due to a spike in Covid-19 cases in the municipality.
Corpuz said once a center is closed, they institute a catch-up plan that involves transferring registration kits to nearby municipalities.
PSA-Bataan opened on Monday a satellite office at the One Stop Shop inside The Bunker at the provincial capitol, which is expected to help speed-up the Step 2 registration scheme.
Corpuz said the office can accommodate 180 registrants daily from Mondays to Fridays.
He called on residents to support the PhilSys registration.
Governor Albert Garcia who led the ribbon-cutting ceremony to signal the opening of the PhilSys center, was among the registrants for Step 2. He underwent iris scan, fingerprinting, and front-facing photograph.
PSA staff saw to it that the kits were disinfected after every registrant.
The governor said the national ID is very important to speed-up delivery of transactions, services and financial assistance to the right persons.
“Nitong pandemya ay nasubukan ang sistema sa ating gobyerno mula national, provincial, city, municipal at pati sa barangay na kapag nagbibigay ng ayuda minsan ay nabibigyan ang hindi dapat bigyan at ang mga dapat bigyan ay hindi nabibigyan at kung minsan ay nadedelay at ito ay dahil sa lack of information o identification (This pandemic has tested the system in our government from national, provincial, city, municipal as well as in the barangay that when giving aid sometimes what should not be given is given and what should be given is not given and sometimes it is delayed and this is because for lack of information or identification),” Garcia said in an interview.
He said the government will be able to immediately deliver basic services to people when they are properly identified through the national ID. “Mabilis ang transaksiyon (The transaction is fast),” he said.
“Dito sa One-Stop-Shop nagbukas ang PSA para wala ng pila. Hindi nakabilad sa araw ang mga tao dahil ang iba’t ibang opisina ng national government, provincial government and other entities ay nasa isang lugar na lang (The PSA has opened here at the One-Stop-Shop so that there will be no queue. People are not exposed to sun because the different offices of the national government, provincial government and other entities are in one place),” Garcia said.
Signed into law by President Rodrigo R. Duterte in August 2018, Republic Act 11055, or the Philippine Identification System Act, aims to establish a single national ID for all Filipinos and resident aliens.
The national ID will be a valid proof of identity that shall be a means of simplifying public and private transactions, enrollment in schools, and the opening of bank accounts.
It will also boost efficiency, especially in dealing with government services where people will only need to present one ID during transactions. (PNA) 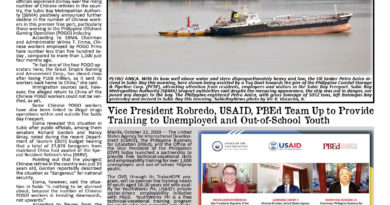 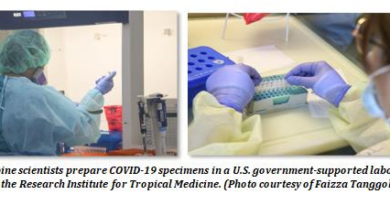 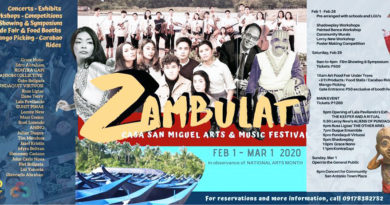