Investigations to include DNA Analysis

Manila, Philippines—The Philippine Government crushed over five tons of confiscated ivory tusks from approximately 850 elephants worth an estimated P420 million (US$10 million) to show its support against illegal ivory trade.

This is the first known mass destruction of elephant ivory outside of Africa, where the vast majority of the trafficked tusks originate.

The ivory stockpiles had been previously confiscated by Philippine authorities in numerous operations and were stored in the Department of Environment and Natural Resources-Protected Areas and Wildlife Bureau (DENR-PAWB), the agency that led the destruction, in Quezon City.

DENR Secretary Ramon Paje said, “The Philippines supports the global campaign to eradicate illegal ivory trade. This has been fueling the slaughter of protected elephants in Africa, increasing the risk of funding oppressive militia gangs, and feeding criminal rings in Asia of their illicit trade.” Although international trade in elephant tusks has been banned since 1989, the illegal trade of elephant ivory persists in China and Japan.

The extremely high value of ivory is a motivating factor for crime syndicates and terrorist groups to engage in illegal trade. According to various reports, ivory can cost over Php80,000 ($2,000) per kilogram on the black market or more than Php2 million ($50,000) for an entire tusk.

In the last four years, there has been a 1,500 percent increase in price of ivory. U.S. Ambassador Harry K. Thomas, Jr. said in a statement, “The U.S. Government shares the Philippine Government’s belief that the protection of our biodiversity is key to sustainable ecosystems and central to our vision of broad based and inclusive growth. We will continue our work to support national and local governments, private sector partners and communities to reduce the global demand for wildlife animal parts and incentives for poaching.”

The U.S. Government through the United States Agency for International Development’s (USAID) Asia Regional Response to Endangered Species Trafficking (ARREST) Program and lead implementer FREELAND Foundation will assist the Philippines in the DNA analysis of elephant tusks. The assistance will give law enforcement agencies information on the origin and transit points of elephant ivory and help in dismantling criminal syndicates behind the poaching and trafficking of Africa’s elephants.

“FREELAND applauds the Philippine government for appropriate disposal of their illegal elephant tusk stockpile and encourages other Asian governments to do the same. This not only sends a message to wildlife traffickers that the Philippine Government is taking firm action against the illegal ivory trade, but also takes a stand against corruption by burning their ivory stockpile so it cannot be stolen, then sold back into the black market”, said Steven Galster, Director of Bangkok-based FREELAND Foundation.The Philippines is a signatory to the Convention on International Trade of Endangered Species in Wild Fauna and Flora (CITES), which bans the global trade in ivory.

Last month, the Philippines, together with other countries identified as primary sources, transit and import countries of illegal ivory, submitted a National Ivory Action Plan in an attempt to bring the illegal trade under control. As a member of the ASEAN Wildlife Enforcement Network (ASEAN-WEN), the Philippines also works to increase law enforcement actions against illegal wildlife trade through the world’s largest regional network of police, customs and CITES management authorities.

FREELAND Foundation and DENR-PAWB signed an agreement in 2010 to collaborate in support of the Philippines’ commitments to the ASEAN Wildlife Enforcement (ASEAN-WEN) and USAID’s ARREST Program. Since then, FREELAND has supported participation of Philippine government officials to multiple regional capacity building initiatives on protected areas enforcement and ASEAN-WEN Special Investigation Group (SIG) meetings. In July 2013, ARREST will sponsor Philippine, ASEAN and China scientists for a wildlife forensic course in Oregon, USA in cooperation with the U.S. Fish and Wildlife Service. In collaboration with the Philippine government, the foundation through the ARREST Program is developing a specialized investigation training package for wildlife and marine enforcement agencies, for implementation in this year. (USEmbassyManila) 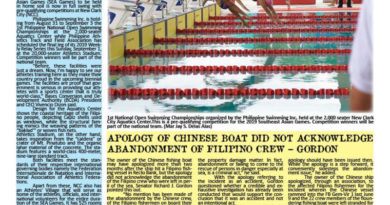