Olongapo City – Philippine Police and US Naval authorities have already jointly solved the case of the male homosexual’s death in a cheap hotel here around past midnight on Sunday, according to PNP Chief Inspector Gil A. Domingo, Olongapo Police Station 3 Commander.

“The case is considered solved as we have already identified the suspect who is now under detention,” CInsp. Domingo told Subic Bay News, “thanks to the full cooperation of the US Naval Criminal Investigative Service (NCIS).”

Domingo said a witness, Mark Clarence Gelviro, 22, pinpointed the suspect through a “photo line-up” of six (6) US Marines presented by the NCIS.

NCIS Attache Brian T. Platt named the pinpointed suspect as Private First Class Joseph Scott Pemberton of the US Marine Corps, 2nd Battalion, 9th Marines who arrived in Subic Bay days earlier aboard the USS Peleliu for Phiblex 2015, a joint PH-US military exercise to enhance their inter-operability, among others.

Pemberton, who hails from New Bedford, Massachusetts, remains in US custody, restricted aboard the ship, and will be made to face the charges that will be filed against him, authorities said.

Gelviro, 22, told investigators he and victim Jeffrey Laude, 26, met Pemberton, who was with three other marine soldiers, at the Ambyanz Disco Bar along R. Magsaysay Drive, outside of the fenced area of the Subic Freeport, a US Naval Base until 1992.

Investigations revealed that Laude invited Pemberton to “accompany” him and Gelviro, both homosexuals in women’s clothes, at the nearby Celzone Lodge where they checked-in at Room no. 1.

Gelviro said Laude then asked him to leave before Pemberton discovers that they are gay and not women as the Marine was made to believe.

“Bed, bedsheets and pillows in the room are noticeably in proper arrangement and personal properties of (the) victim were also intact,” Domingo said.

A heap of evidence extracted from the scene of the incident have been sent to the PNP Crime Laboratory for processing, Domingo added.

Meanwhile, the local business community are “hoping against hope” that the incident will not cause the US Navy to restrict US servicemen in the confines of the fenced area of the Freeport as a result of the incident, Aurelio Pineda, chairman emeritus of the Metro Olongapo Chamber of Commerce & Industry (MOCCI) told Subic Bay News.

The arrival of US Ships are always warmly welcomed by residents and businessmen alike for the activities generated that boosts the local economy.

US Navy ships’ visits infuse millions of pesos to the local economy in the procurement of supplies and services and personnel’s spending for souvenirs, personal effects and rest & relaxation. (Vic V. VIZCOCHO, Jr.)

Best Kebab in Subic Bay is at The Sands Resto Grill 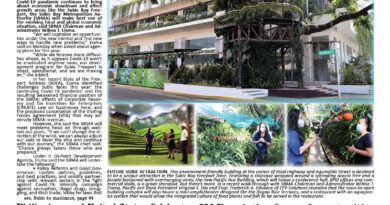