In the junior’s division, however, UPHSD’s attempt at a championship sweep was thwarted by Emilio Aguinaldo College (EAC) when EAC’s Jopet Adrian Movido and Toshihiro Wada won over UPHSD’s  Jherald Martinez and Christopher Soriano.

This year’s games gave the players a different feel from the past tournaments, since they had to play through strong winds and occasional rain at Subic Freeport’s Boardwalk Park.

According to Rev. Fr. Victor Calvo of Letran, who is chairman of the NCAA management committee, they decided to bring the beach volleyball games to Subic in order to achieve the genuine beach feel that the players should have while playing the sport.

Fr. Calvo also said that they wanted to bring the NCAA outside Metro Manila in order to attract players in the provinces to join NCAA teams.

He also said that the Subic Bay Metropolitan Authority (SBMA) is very receptive when it comes to sporting events because the agency promotes sports tourism.

SBMA Chairman Roberto Garcia, meanwhile, said he was happy that the NCAA had chosen Subic as the venue for this year’s championship.  “Sports tourism is a major feature of our strategic plan. Almost all of the sports can be played here in Subic,” Garcia said during the opening ceremonies. “We are very happy that collegiate beach volleyball has come to Subic and we hope that it would make Subic its home.” 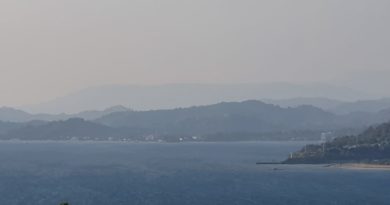