CITY OF SAN FERNANDO, Pampanga — A cut-off channel built by Department of Public Works and Highways (DPWH) has mitigated flooding in Candaba, Pampanga.

DPWH Secretary Mark Villar said the Candaba Cut-Off Channel with slope protection works on both banks will lessen the severity of flooding brought by overflow or swelling of Pampanga River.

“With the rising trend in yearly heavy rainfall because of climate change, the cut-off channel which is a flood control dike project of DPWH Unified Project Management Office (UPMO) Flood Control Management Cluster will mitigate the dangers of flooding,” Villar added.

It effectively diverted the flow of Pampanga River and mitigated the impending floods brought by southwest monsoon enhanced by Typhoon Fabian as observed during an inspection Friday led by DPWH Undersecretary for UPMO Operations Emil Sadain.

“Each time the Pampanga River swells, it spells doom for the people who experience flooding and damage of properties and farmlands,” Sadain said.
A 180-linear meter Candaba Bridge along Candaba-Sta Ana Road was also constructed across the cut-off channel.

The four-lane bridge was built on a higher elevation to complement with the floodwater carrying capacity of the cut-off channel during rainy season. (PIA 3) 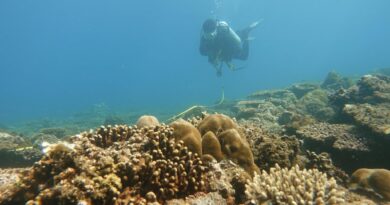 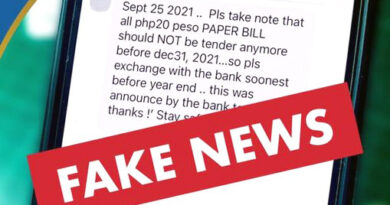