Is Subic Bay an ideal area to live?

This question was raised by a longtime acquaintance who resides in one of the Barangays in Olongapo. Are housing areas ideal to raise a family and young children? To a middle income earner, my answer is a negative no. Residing at the Subic Bay Freeport Zone, one has to own motor vehicles, not one but two. Why? Due to the scarcity of public transportation, a resident must have a reserve unit in case the principal vehicle is inoperative.

While taxis are available on call, the fare is expensive and the rider has to shell extra amount to add to the travel time of the cab. The franchised public transport providers Auto Kid and that of Evelyn Castro, takes time and for workers needing to go work, the 30-minute wait is taboo.

As majority of on-base residents are employed by the SBMA, other govt. agencies and private locators, they are forced to hire household mates or Kasambahay but having one is like employing a full junior office assistant due to high cost of hiring one. Aside from assuring their twice a month day offs, some even require the employer to provide them toiletries, pocketmoney for day-offs and other amenities. Moreover, if recruited thru the Labor office, the Kasambay must be enrolled with the SSS and Pag-ibig .

Yes, it’s cheaper to anoint relatives but the length of service is not assured. The positive side of living at the on base housing enclave is the relatively peaceful and secured sooroundings, and residents are not bothered by the motorcycle noises, unlike outside the perimeter fences. Unlike previous years when house break ins was rampant, nowadays, seldom do we hear of robberies and unwanted intrusions of strangers.

In a few times I engaged in pep talk with both Zone and Olongapo folks, I hear mounting complaints on the road congestions at Rizal Highway inside the Freeport due to the slow work of the constructor doing the road repairs.
Avoid passing through the main road in the afternoon as the gridlock is heavy and better take the SBMDC gateway if your destination is Olongapo. Worst time is from 3 to 5 pm, the workers’ quitting time.

Complaining motorists blame the incompetence of the SBMA leadership and cite that a lawyer is not competence to administer the industrial export estate. My instant reply to this negative feedback: don’t blame the lady administrator, blame her subordinates who are duty bound to supervise and monitor the traffic movements inside the former US Base complex. SBMA spent huge amounts to purchase several traffic lights, installed in various intersections and junctions, but these lights are not in use, hence the road gridlocks.

Talk of the town
The outpouring of sympathies of residents, officials and fellow Masons of Grand Master Rolen C. Paulino on the recent death of his son Francis “Kiko” Paulino is a clear manifestation that the Paulinos are well-loved in Olongapo. Rolen is still acknowledged as the main leader of the City.

On the other political groups eyeing to dethrone Rolen Jr. from the mayorship indicates that novice Arnold Vegafria is depending strongly on the Magsaysay forces as he was urged to run by JV Magsaysay. Question is who will fund the campaign in Gapo, will it be Arnold or the Magsaysays?

In the case of Bong Gordon’s widow, who is the funder of Ann’s campaign? Has she amassed enough savings when she run three years ago or did Bong left her adequate inheritance to pursue her political ambition. As for Bgy. Chairman Echie, we learned that she has been generous to her constituents at Gordon Heights. Her daily income from her enterprise is feeding hundreds, thousands according to unverified claims, of cabos and collectors.

While the actual campaigning is still six months from now, Olongapo’s electorate are enjoying the early attention they are getting. 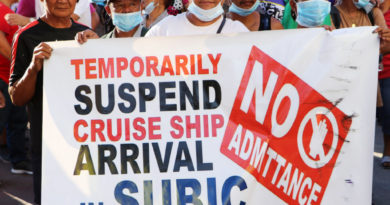 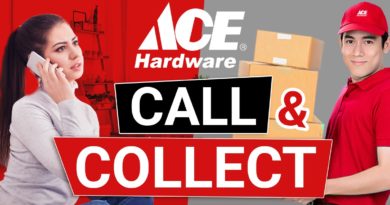 CALL AND COLLECT WITH ACE HARDWARE 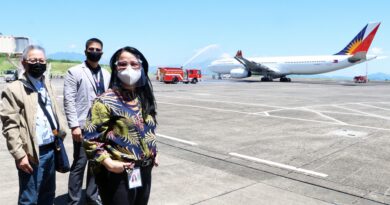