INVESTIGATORS are baffled by the daring daylight hold-up of an online gaming shop inside the Subic Bay Freeport that resulted to the death of a security guard and wounding of the cashier.

According to Dawn Gonzalvo, 28, manager of E-Games at the 2nd Floor of 01 Site Bldg, near the Freeport’s Main Gate, she arrived at the shop around 2PM today and found the door locked.

Opening  the door with her own key, she found cashier Patrick Fajardo bloodied in a corner with wounds on his hands.

Slumped a few meters away was the lifeless body of security guard Danilo Yap, 23, whose neck was slashed by a sharp instrument, according to investigators.

Blood was all over the shop, indicating a fierce struggle had taken place.

The shop’s CCTV recorder was detached and purposely placed in the sink under running water, obviously to destroy evidence it may contain. 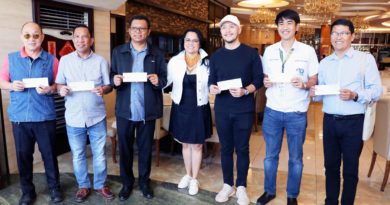