SUBIC BAY FREEPORT — The Office of the Ombudsman has dismissed for lack of merit a complaint filed two years ago by then Subic Bay Metropolitan Authority (SBMA) chairman Martin Diño against five senior officials of the agency.

Diño, who is now undersecretary at the Department of the Interior and Local Government (DILG), filed charges of grave misconduct, serious dishonesty, gross ignorance of the law, and grave abuse of authority/oppression against the officials in connection with his claim for salary as SBMA chairman.

Records at the Office of the Ombudsman showed that Diño filed the complaint on July 19, 2017 when he was head of the Subic agency, alleging that he “never received his salary/compensation except (for) per diems on regular board meetings he attended.”

Diño also contended that his claims for salary were rejected by the respondents despite several oral requests.

The SBMA officials, however, denied the charges and averred that under the law it was not Diño who was the real plantilla officer, but the SBMA administrator who also serves as chief executive officer.

Under this setup, they added, the SBMA issued salary only to the SBMA administrator and paid out only per diems to the SBMA chairman based on the latter’s attendance at board meetings.

In dismissing the complaint, the Ombudsman observed that Diño’s only basis to justify his demand for salary was Executive Order (EO) 673 signed in 2007, which fixed the salary of the SBMA chairman to be the same as that of the SBMA administrator and amended Section 1 of EO 340, which reorganized the SBMA Board of Directors.

The Ombudsman then pointed out that “when EO 24, series of 2011 was issued, it repealed EO 340 together with EO 673.” It added that under EO 24, the SBMA chairman cannot receive salary equivalent to that of the SBMA administrator because it would be “over the limit for the maximum annual compensation for members of the Board of Directors of GOCCs, such as SBMA.”

“Based on the foregoing, respondents acted only in accordance with EO 24 They did not transgress or violate any law or established rule that would render them administratively liable,” the Ombudsman stated.

“And since no forbidden act or unlawful behavior was exhibited by respondents, all administrative charges against respondents shall fail,” the Ombudsman also said.

The decision was welcomed here by respondents, who collectively expressed relief over the favorable ruling.

“We have long awaited this good news. This only affirmed our innocence,” said one of the SBMA officials who faced Diño’s complaint.

The official added that it was very important for them to be cleared of the charges because it affected their good standing and benefits as employees in government service. 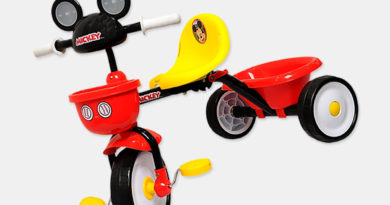 SO MANY MARKDOWNS AT THE SM STORE 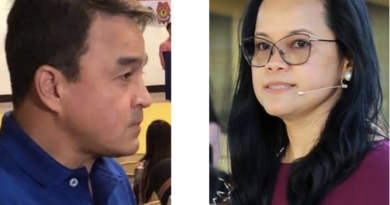 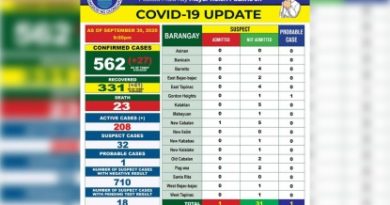