The local government of Olongapo city headed by Mayor Rolen Paulino recently rounded up mendicants (beggars, street children, scavengers) roaming around the city in an effort to help uplift their current situation.

The CSWDO rounded up 86 mendicants and lectured them about livelihood program the city is currently undertaking that can fit their situation.

Meanwhile the street children were also advised on how the city can help them get back to school. The measures have been started not only to help medicants better their lives but also make Olongapo City, especially the thoroughfares such as Magsaysay drive, Rotonda and Fendler, welcoming sites for tourist both foreign and local.

Mayor Paulino explained that boasting the tourism industry in the city will generate more jobs and income for its residents as more locators will be enticed to operate their business in the place. 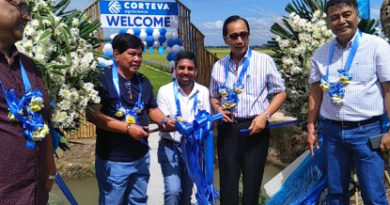