SUBIC BAY FREEPORT — Japan-based Nippon Yusen Kaisha (NYK) Line, one of the largest shipping companies in the world, made its first direct route to Port of Subic from Kaohsiung, joining other major shippers in using this free port as a more viable alternative to the congested Port of Manila.

NYK’s MV Jakarta Towers, a 688-gross tonnage Liberian-flagged cargo vessel, made its first port call at Subic on Saturday and docked at the New Container Terminal (NCT)-2 after sailing a day-and-a-half from Kaohsiung, Taiwan.

The ship departed on the same day for the Port of Manila, and then later for Singapore after loading almost the same number of containers.

NYK Group National Sales,Marketing and Outports manager Mary Grace Golez said that the port call is part of the ad hoc operation of NYK in Subic and will serve as basis of assessment for opening a full operation here or have Subic only as an alternate port.

“It all depends on the outcome of the assessment after several port calls. But we hope everything would go well,”said Golez.

She added that should the assessment go well, the new route—Kaohsiung-Subic-Singapore—would open Port of Subic to major transshipment ports that connect to the rest of the world’s trade routes, especially in ASEAN countries, Africa, Europe, and North America.

Subic Bay Metropolitan Authority(SBMA) Chairman Roberto Garcia earlier announced that a number of shipping companies in Southeast Asia are starting to consider using the Port of Subic after experiencing long delays in unloading and loading of containerized cargos in Manila.

This was attributed to the congestion at the Port of Manila, which forced cargo vessels to wait off Manila Bay for at least a week before docking and unloading cargos.

Because of this, President Aquino through Executive Order 172, has classified the Port of Batangas and the New ContainerTerminal-2 in Subic as extensions of the Port of Manila.

Golez noted, however, that the Port of Batangas, which is nearer Manila, was already congested a month after the issuance of EO 172.

Golez also noted the overwhelming support extended by the SBMA to NYK, especially in working out the agreement for the new route to Subic. 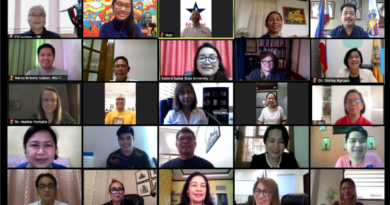