SUBIC BAY FREEPORT — There will be no Cruise Ships visiting Subic Bay “until the Bureau of Immigration (BI) starts issuing visas” to Chinese nationals, according to Subic Bay Metropolitan Authority (SBMA) Chairman & Administrator Wilma T. Eisma. The BI has suspended the standing “Visa Upon Arrival” privilege of Chinese nationals.

This came at the heels of the scare that has gripped the country in recent weeks due to the 2019 Novel Corona Virus (2019-nCoV) that originated from Wuhan, China and has claimed the lives of at least 106 people and infected some 4,500 worldwide.

The MV World Dream, expected to arrive here this morning, was the first Cruise Ship to scrap its Subic Bay sojourn that generated a lot of concern from communities in and around the Freeport.

Some residents and locators of the Subic Bay Freeport joined the protest rally.

Eisma, on the other hand, while giving assurance that the Freeport has enough protocols in place to check on the threat and invoking the health clearance given by Dept. of Health (DoH) to the cruise ship passengers while in Manila yesterday, pressed the cruise ship operator to reconsider in proceeding to Subic.

Genting Cruise Lines, the operator of the cruise liner, finally acceded “in face of the circumstances on the ground,” according to Eisma.

“It is my duty to inform all stakeholders in the Subic Bay Freeport Zone that the scheduled port call of the cruise ship MV World Dream in Subic on Wednesday, January 29, has been cancelled,” Eisma said in a statement, “now the Subic Bay Freeport community can breathe a sigh of relief in the outcome that, we hope, is acceptable and satisfactory to all.”

The Cruise Ship visits has been a major trust of SBMA’s tourism initiatives, aiming to establish itself as a premier cruise ship destination.

The Corona Virus scare has dealt local tourism here a major blow, but residents and businessmen, including government and SBMA officials, are in concord that “health and safety” is paramount to the projected gains of the cruise ship visits. -30- 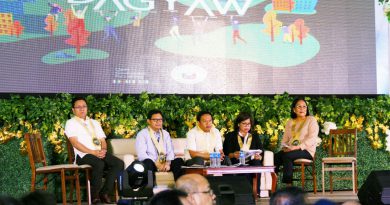 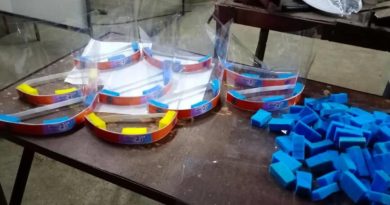 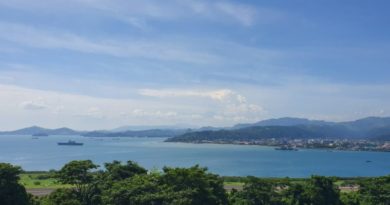