The Saturday Afternoon Gentlemen Sailing (SAGS) Club in conjunction with The Lighthouse Marina Resort and Watercraft Ventures Inc. held the annual Ninoy Aquino Regatta last Aug. 31 to Sept.1, 2013 as homage to the Philippine’s national heroes in the mecca of sailing, Subic Bay.

“Competitive yacht racing in Subic has taken off over the last few years. This is a sport steeped in history and passion, and it is with this passion that we are committed to the development of sailboat racing in the Asia Pacific region,” explained by Commodore Jun Avecilla, the Co-Founder of SAGS, Owner/Skipper of Selma Star C! Calibre and President of The Lighthouse Marina Resort.

There were two sunny days of minimal breeze during the races for the participating sailors. Jun Avecilla’s Selma Star C! Calibre victoriously finished first place overall, followed by Harry Taylor together with veteran sailor Mr. Joe Hagidorn in Irresistible that came in second and Selma with Ricky Sandoval as its skipper who clinched third place.

Fellowship between skippers and crew members resulted into a festive gathering and additional members to the SAGS roster. The awarding and socials were given flair through a Nautical Themed Welcome Party and Hawaiian Luau Themed Awarding that took place at the 720º Bar’s garden.

Sailors joined in on the fun games and entertainment to cap off the nights. Subic Bay Freeport has evolved into not just only an important port and industrial zone in the Philippines and Asia, but also a premier tourist destination. It’s the ideal spot for water sports such as parasailing, kayaking, jet skiing and most specially, yacht racing. 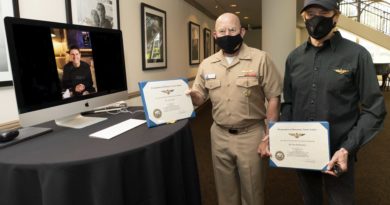