SUBIC BAY FREEPORT — A firefighter from the Subic Bay Metropolitan Authority (SBMA) Fire Department has been infected by Covid-19 while taking part in efforts to decontaminate the Subic container terminal being operated here by the Subic Bay International Terminal Corp. (SBITC).

This developed as the number of SBITC workers infected by the virus have risen to 45 from fourteen (14), only ten (10) days after the SBMA first announced the mass infections on Aug. 17.

According to SBMA fire chief Ranny Magno, the firefighter, who remains asymptomatic, has been on quarantine at an SBMA isolation facility and is doing well.

SBMA Chairman & Administrator Wilma T. Eisma has not commented yet on queries sent by Subic Bay News as of this writing. (pls. stand-by for updates if and when ChAd Eisma finally breaks her silence -Ed)

Despite the unparalleled large number of Covid-19 infections at the container port, SBITC management and SBMA officials have not initiated moves to shut down the company’s operations.

Since the different quarantine phases began in mid March due to the pandemic, the SBITC port remained bustling with activity, with cargo ships from China, Indonesia, Singapore, Thailand, Malaysia and elsewhere, delivering and picking up containers on a regular basis.

Truck drivers and helpers from various parts of the country also come to Subic to pick up cargo for delivery, and return empty containers, as required.

Earlier, some SBITC employees slammed the company’s management, and SBMA officials for the “lack of transparency” on the Covid-19 positive cases in the container terminal, with the latter officially announcing the infections only several weeks after the situation began to escalate as early as late July.

SBITC has some 124 employees, interacting with haulers and truckers, clients and SBMA employees within and outside the container terminal.

Other locators, as well as Freeport residents have already taken to social media concerns on SBMA and SBITC’s handling of the Covid-19 infections in the container port which, so far, appear to have not been effective enough to arrest the growing number of victims.

Meanwhile, the SBMA Fire Department has already decontaminated a total of 110 buildings and offices, including 34 SBMA facilities, according to an SBMA statement.

At the same time, the Fire Prevention Division of the SBMA Fire Department has switched from its usual lecture on fire control and instead performed orientation and inspection of Covid-19 health protocols in locator companies that were allowed to operate during the quarantine.

“We know the risks of our job. We understand that we could be infected anytime. But we have to do our job to protect our locators and stakeholders,” Magno said. 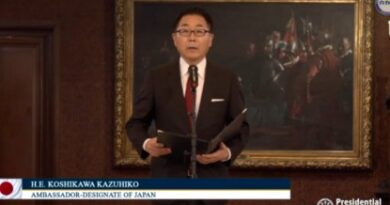 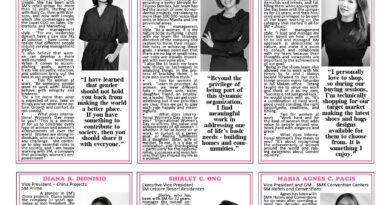 women at work at SM 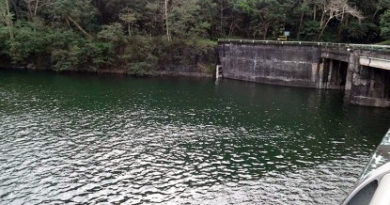