This amount, which was derived from revenue collections here from July to December last year, was released by SBMA Chairman and Administrator Wilma T. Eisma over a luncheon meeting with local government officials at the Fortune Seafood Restaurant here.

“The purpose of this money is to help us—the SBMA and its neighbor communities—develop together. Like what I always say, we share the same home and, consequently, the same future. But I hope we can be transparent about how we spend it,” she asked the LGU officials.

She explained that sharing revenues to develop contiguous communities actually helps the SBMA fulfil its mandate, which is to attract investments, generate employment, and create more opportunities for everyone.

“The funds don’t have to be spent on infrastructure like roads or bridges,” Eisma added. “Right now I’m thinking of language training, or any similar people investment, so that Subic locators would not need to hire workers from faraway places like Manila.”

“It would be great if locals could speak Korean, or Japanese, or Chinese so that they can be hired in better positions that used to be dominated by candidates from Manila,” she also said.

In response, the LGU executives expressed gratitude to the SBMA for the development funds.

“It’s a big help for us, of course. We are receiving a huge amount, which goes to the general fund, and it helps us pay for for road construction, scholarships, and tourism,” said San Marcelino mayor Elvis Soria.

He said the town has allotted P5 million for the town’s annual tourism budget. “And that will come from our share from SBMA,” Soria pointed out.

Meanwhile, Subic mayor Jonathan Khonghun said that the revenue share for his municipality is being used mostly for health care, education and infrastructure.

“This revenue share is really a big help; it lightens our load,” Khonghun said. “Part of it we spend for medicines and hospitalization assistance, and the others in maintaining Kolehiyo ng Subic, sustaining our scholars, and helping poor people graduate,” Khonghun said.

The revenue shares distributed by the SBMA every semester are derived from two percent of the five-percent gross income tax it collects from business locators in the Subic Bay Freeport Zone. The shares were set according to population (50 per cent), land area (25 per cent), and equal sharing (25 per cent).

Eisma said the SBMA has been releasing revenue shares directly to the LGUs for 10 years now starting in August 2010. Previously, corporate taxes were remitted first to the national government, which would then distribute the shares to the concerned LGUs. 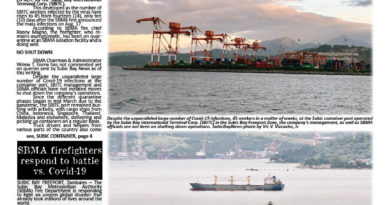 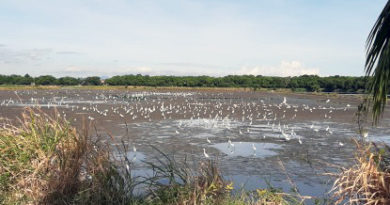 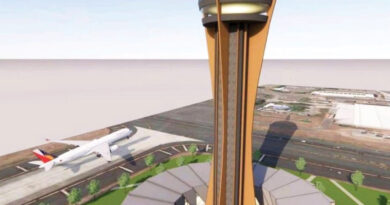