The embarked forces conducted boat raid scenarios over a few weeks’ time to improve tactics and techniques between Marines of the 31st MEU and the soldiers of ARDB boat platoon, in coordination with the Whidbey Island-class dock landing ship USS Germantown (LSD 42). By completing these scenarios, the Navy-Marine Corps team and ARDB demonstrated the ability to cooperatively execute complex mission sets in littoral environments.

“Marines and Sailors of the America ESG are proud to work together with the ARDB boat platoon and JGSDF, as we refine our naval integration in order to deny adversaries opportunity to exploit maritime terrain, said Col. Robert Brodie, commanding officer of the 31st MEU.” It is imperative that we continue to challenge each other and grow as an interdependent team that can flex combat power and adaptability in any contested environment. This patrol will mark a new milestone in our deterrence efforts in the Indo-PACOM AOR.”

During boat raid training, the ARDB boat platoon and Charlie Company, Battalion Landing Team, 1st Battalion, 5th Marines (BLT 1/5) insert by combat rubber raiding craft (CRRC) from the Germantown to Kin Blue Beach. Following the completion of the scenarios, the participating forces had demonstrated the ability to rapidly insert from ship-to-shore in austere conditions in order to execute critical missions on the ground.

Boat raids typically involve the rapid deployment of infantry Marines in CRRCs that can deploy from naval vessels such as Dock Landing Ships to attack an objective and leave a contested area before an adversary has the ability to react.

Boat Co. consists of over 170 Marines from BLT 1/5 specially trained in combat swimming and raid force mission sets, and highly adaptable and responsive in crisis scenarios.

In order to successfully execute raid training, the 31st MEU team utilizes the Rapid Response Planning Process in order to quickly respond to and improve the decision-making cycle that prepares Marines and Sailors for complex mission profiles within hours upon receiving an execution or warning order.

“It’s great to see the U.S. Sailors and Marines work together with our JGSDF counterparts,” Said Capt. Rich LeBron, commodore, Amphibious Squadron 11. “Pursuing integration of naval forces, to include those of allies and partners, goes a long way in delivering security and stability in the Indo-Pacific region.”

The Germantown is a dock landing ship used to assist in transportation of Marines of the 31st MEU that embark and land elements of a landing force in amphibious operations. LSDs support conventional landing craft, serve as aviation platforms, and transport additional cargo that assists a Marine Air-Ground Task Force.

The America Expeditionary Strike Group, 31st MEU team, is operating in the U.S. 7th Fleet area of operations to enhance interoperability with allies and partners and serve as a ready response force to defend peace and stability in the Indo-Pacific region. 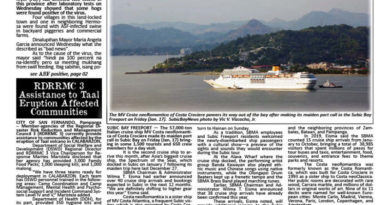