SUBIC BAY FREEPORT – The arrival here of the Japanese helicopter carrier JS Ise (DDH 182) on Tuesday is purely a goodwill visit to the Philippines and is not connected in any way to the growing tension in the West Philippine Sea because of Chinese claims over disputed islands and shoals.

This was the message stressed by Capt. Masaki Takada, commanding officer of the Japanese ship, during a media interview after the naval destroyer warship and helicopter carrier docked at the Alava Pier here.

Masaki denied that the visit was meant to counteract the growing presence of China in the disputed areas. He added that they are just here for a goodwill visit, along with some “rest and relaxation.”

The ship was welcomed by the Philippine Navy, led by Flag Officer in Command (FOIC) Capt. Samuel Felix, who said that the ship officials will make a courtesy call on Rear Admiral Renan Suarez, commander of the Naval Education and Training Command (NETC) in San Antonio, Zambales.

Felix, who is also the deputy commander of the NETC, will lead the interaction between Philippine Navy men and their Japanese counterparts, which aims to strengthen the relationship between the two maritime forces.

Felix said that crewmen of Ise would visit the NETC facilities in Zambales, while NETC sailors would have a shipboard tour of the JS Ise.

“Subic Bay is not just a staging area or port of call for foreign forces; it is also one of the top tourist destinations in the country. Here, visitors — whether civilians or military — always enjoy their stay,” he added.

The Subic Freeport was once a “rest and recreation” area for American military forces when it was still the biggest US military installation outside of continental United States.

Areas such as the Grande Island and the All Hands and Dungaree beaches were usually full of US military men who spent their free days relaxing under the sun.

The visit of JS Ise marked the third time that Japan Maritime Self-Defense Force vessels made a port call in the Philippines this year. Previous visitors were the Minesweeper Division 51 on March 2 and the submarine Oyashio (SS-511) along with two destroyer ships on April 3. 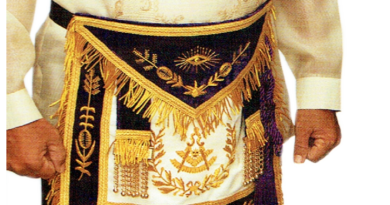 MW Rolen C. Paulino, Grand Master of all Masons in the Philippines