By U.S. Ambassador to the Philippines Sung Kim

It is with a heavy but full heart that I bid farewell to the Philippines, my home for the last four years. As I think back to my November 2016 swearing in, I recall vividly the immense pride I felt at being appointed U.S. Ambassador to our oldest ally in Asia. Coming from Los Angeles, the U.S. city home to the largest number of Filipino-Americans, I had experienced the unique generosity, warmth, and hospitality of the Filipino people. But I could have never imagined the incredible journey ahead. From our partnership to end the Marawi Siege, to the historic return of the Balangiga bells, to fighting the COVID-19 pandemic — time and time again I was amazed at what Americans and Filipinos could achieve together. When I depart, I will take with me many indelible memories.

One of them was visiting Marawi City not long after the end of the siege. While the massive destruction caused by the terrorists was heartbreaking, I saw the best of humanity in the strength and resilience of the Marawi people. During a meeting with teachers and students, I was awestruck by their positive attitude, energy, and resolve to rebuild. Since the onset of the conflict, we have provided more than Php3.1 billion to support the recovery of their communities. Philippine military leaders briefed me on the siege and recounted the critical assistance we provided to help the Armed Forces of the Philippines defeat the IS-inspired terrorists. Testifying to the strength of the alliance, President Trump, like so many of his predecessors, visited the Philippines within the first year of taking office, and the Philippines continues to be the largest recipient of U.S. military assistance in the Indo-Pacific region.

This alliance did not happen overnight. On the battlefields of World War II, American and Filipino servicemen forged bonds that laid the foundation of our alliance, a bedrock of peace and security for our nations and the region. In recognition of our deep gratitude to those who fought so bravely for our freedom, in 2018, I had the honor of presiding over the first-ever Congressional Gold Medal ceremony in the Philippines. And this past year, we joined the Armed Forces of the Philippines and veterans groups to commemorate the 75th anniversary of the end of World War II, honoring the shared sacrifice and heroism of Filipinos and Americans, whether they defended Bataan, fought in Corregidor, or liberated Manila. Their poignant stories will remain with me for the rest of my life.

In addition to our security alliance, we share a robust economic partnership that creates jobs, builds skills, and supports inclusive development. U.S. companies are the largest employers and electronic exporters, and among the largest taxpayers in the Philippines. From Bohol, to Davao, to Cebu, I’ve seen firsthand the positive impact U.S. companies are making by investing in their Filipino workforce. In the face of the pandemic, U.S. companies stood by their Philippine partners, providing medical supplies, IT support, and food for frontliners. The U.S. government has provided more than Php1 billion to support Philippine government COVID-19 efforts, including the recent donation of state-of-the-art ventilators manufactured in the Unites States.

I depart optimistic about the future of the U.S.-Philippines alliance in large part due to the outstanding Filipino youth I met throughout my tenure. Alumni of our Young Southeast Asian Leaders Initiative inspired through their dedication to community and country, while Filipino teams impressed with technological innovations in global NASA competitions. Enthusiastic U.S.-bound students I met at our EducationUSA fairs will spark new collaborations with American classmates. As Honorary Chairperson with Fulbright Philippines, I learned from the best and brightest Filipino students and academics. Recognizing the unlimited potential of these ties, our governments elevated higher education cooperation to a bilateral strategic priority. This mutual investment reinforces our shared values as democracies and underscores that the Philippines’ greatest resource has, and always will be, its people.

Whether watching college basketball, meeting Filipino youth, or traveling to stunning destinations, I’ve been inspired and energized by the promise of this dynamic country and the depth of our special partnership. The next time I wear a barong, enjoy lechon, crispy tilapia, or buko pandan with my wife and daughters, we will remember with fondness the wonderful friendships we made here. It has been an honor and a privilege to serve in the Philippines these past four years. With profound gratitude I bid the Philippines and my Filipino friends farewell and say maraming, maraming, salamat, and until next time – hanggang sa muli! 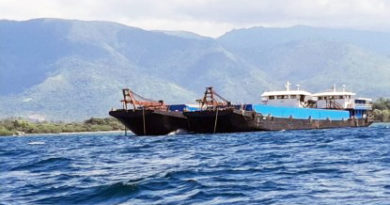 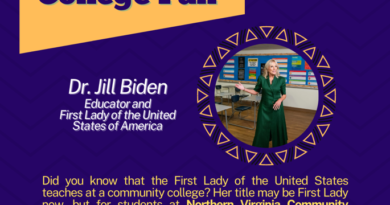