Concerned about national interest, Senator Richard J. Gordon on Monday pointed to the possibility of China tapping into the dark fiber assets owned by the National Transmission Corp. (TransCo) and managed by the National Grid Corp. of the Philippines (NGCP) to tap into conversations in the country.

Gordon noted that the NGCP appears to be run by the Chinese, even if the State Grid Corp. of China only owns 40 percent and despite the Constitutional provision which mandates that all the executive and managing officers of public utility corporations or associations must be citizens of the Philippines.

He warned against the possibility that the Chinese could fire up the 6,154 kilometers-long unused fiber-optic cables which span from Luzon to Mindanao, to tap into conversations and control communications.

Gordon also pointed to the need to put up firewalls or for defence mechanisms to be put in place, such as audits and inspections, to prevent making the country vulnerable to cyber-attacks, among others. “It is paramount for the government to protect the interest of the country. Because not only can (China) shut us down and control our power, control our economy with that, they could also listen to our conversations and put us in a dark line. We should protect the country from a situation where it has no control,” he pointed out.

NGCP is a privately owned corporation in charge of operating, maintaining and developing the country’s state-owned power grid, but the State Grid Corp. of China has a 40 percent stake in the firm. 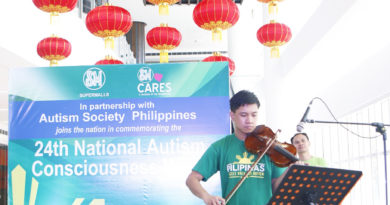 SM’s Angels Walk for Autism: Appreciation of Persons with Autism 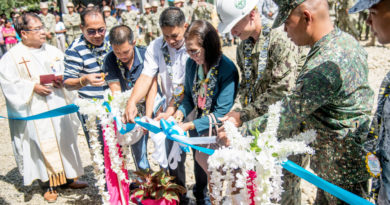