SUBIC BAY FREEPORT – The number of workers in this premier free port is expected to reach the 100,000 mark this year, as the Subic Bay Metropolitan Authority (SBMA) continues to attract investors in the tourism and manufacturing industries here.

Garcia said that with the current investment and employment generation outlook, as well as the need to allocate some area for the planned Philippine military bases inside Subic, the SBMA is looking around for more suitable spaces for new investors since most of the available land in the Freeport have already been taken.

As of now, Garcia said that the service industry in Subic Freeport hires the most number of workers at a total of 45,661, which is equivalent to 45.91% of the total number of employees here. The workers in this sector include waiters, busboys, bellhops, kitchen staff, and others employed by tourism-related companies.

The manufacturing industry comes in next with 14.79% of the total Subic workforce. Workers in this field are mostly employed at the two industrial parks here, the Japanese-owned Subic Techno Park (STEP) and the Taiwanese-controlled Subic Bay Gateway Park.

He added that with new economic developments in the Asia-Pacific region, more Japanese companies are now looking into the possibility of investing in Subic Bay Freeport.

Meanwhile, the recent construction boom in the Freeport zone has brought more workers to Subic. Garcia said that as more hotels and restaurants are put up inside the Freeport, construction workers has swelled to 2.81% of the workforce here.

Another growing area in the employment scene here is the category for domestic helpers and caretakers. Garcia pointed out that aside from tourists, retirees are also moving into the Subic Freeport for its tranquil atmosphere and access to health and wellness facilities.

Among the companies registered in the Subic Bay Freeport, Hanjin is the single biggest employer with workers at its Redondo shipbuilding facility making up 36% of the total Subic workforce.

Garcia said that Hanjin expects its workers to breach the 30,000 mark this year, as the company had signed more shipbuilding contracts for this year.

According to Hanjin President Jeong Sup Shim, the company would require more skilled workers to complete new orders such as the three ultra-large container ships (ULCS) for the French shipping conglomerate CMA CGM.

Shim added that aside from CMA CGM, the company has also bagged contracts for six 11,000-TEU vessels with leading shipping companies across Europe and Asia.

Shim also said that because of the growing business at Hanjin’s Subic shipyard, the Philippines is currently ranked by the authoritative and Europe-based Clarksons Research as the 4th largest shipbuilding nation in the world in terms of order book by builder country.

He added that at the same time, Clarksons has reported that Hanjin Subic shipyard is the 10th largest shipyard in the world in terms of order book and now contributes 1.7-million compensated gross tonnage (CGT), which is equivalent to 74% of the Philippines’ CGT for new vessels. 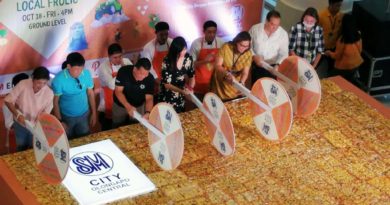