Senator Risa Hontiveros on Tuesday revealed three accounts of Filipino Muslim girls who were trafficked to Syria as minors, revealing yet another dimension to the breadth and depth of human trafficking in the country. During the Senate Committee hearing, the women attested that their passports were fabricated to hide the fact that they were underaged, ensuring a seamless outbound transaction at the airport gates.
Hontiveros presented video clips of the girls, namely Omaima, Aleah, and Lenlen (not her real name). Omaima and Aleah were both recruited in 2008 as minors, while Lenlen was recruited more recently, in 2018. All were able to return to the Philippines only in 2020. The girls also revealed they were maltreated by their respective employers.
“As if exploiting our women is not enough, unscrupulous recruiters and human traffickers are also manipulating and abusing our children. This is a disgusting modus that needs to be stopped. Kung hindi natin malulutas ang problemang ito at kung hindi mapanagot ang mga kriminal, parang hinayaan na rin nating manakaw ang kinabukasan ng ating kabataan,” Hontiveros said.
The senator also said the Department of Foreign Affairs (DFA) should look into illegal schemes and enterprises that tamper with or forge passports, including a modus called “baklas passport,” in which passport details of the trafficked young woman are those of another person. She added that the DFA must also investigate its officials from across the country who may be facilitating the production of fake passports.
“Our witness Lenlen went to the DFA in Cotabato to get her biometric passport in 2018. Why then did the DFA give her a fake passport? Si Omaima rin, pinatotohanan na yung passport nya ay ‘baklas’, kaya nadiskartehan ang kanyang birthdate. Paano nakakalusot ang ganitong mga kalakaran? Is there a government official colluding with human trafficking criminals? Huwag naman sana. Kung hindi man sila kasabwat, dapat malinawan ng DFA ang mga pag-aalala natin,” the senator said.
Lenlen, who was recruited when she was 14 years old, said she was also a victim of verbal sexual harassment by an employee at the Philippine Embassy in Syria: a “Jun Carillo”.
“I call on the DFA to regularly check the welfare of our women and girls abroad. Kahit na-recall na daw itong si Jun Carillo, dapat masigurado natin na wala nang katulad niya sa hanay ng ahensya. We would not have known of this case, had Lenlen kept this story to herself. The DFA should be proactive in protecting our women. Hindi pwedeng dahil lang nagsumbong, saka lang maaksyunan,” Hontiveros said.
In the hearing, pastillas scam whistleblower Alex Chiong then confirmed that corrupt Bureau of Immigration officers have a Viber group chat that displays the list of names of women to be trafficked out of the country, which may include underage girls with fraudulent passports.
Hontiveros said she reached out to the BI to find out who stamped the passport of 2018 survivor, Lenlen, and found out that an immigration officer surnamed Jalijali had been involved. The BI confirmed that this IO is already in the list of individuals being investigated by the agency for being part of outbound human trafficking activities.
“If we find that this is syndicated trafficking, or trafficking committed by a group of three or more persons conspiring or confederating with each other, the prescription period is 20 years. Hindi lang BI ang may pananagutan dito, pati narin ang mga gumagawa ng pekeng passport. Kaya kung may mga matitinong opisyal pa ng gobyerno o kung sinumang indibidwal na may alam sa modus na ito, harapin niyo na kami bago pa man kayo sentensyahan ng pagkakulong. Let’s all help finally resolve this revolting issue. Let’s do all we can for our children,” Hontiveros concluded. 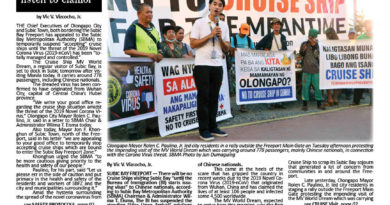 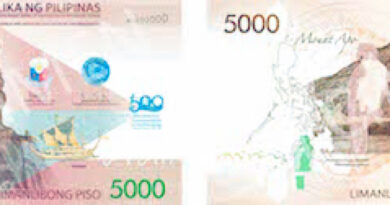 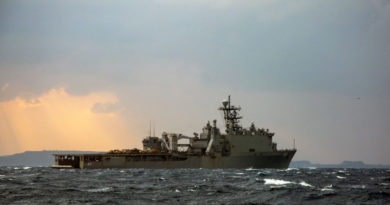