A member of original volunteer corp who stepped up to protect the former naval base in Subic after the pull-out of the US bases in 1992, Eisma was warmly welcomed back to her “home” by agency officials and employees in a simple program held during the agency’s flagraising ceremony on Monday (January 16).

The program was highlighted by the passing of the SBMA flag symbolizing the turnover of the helm to Eisma, the agency’s first woman administrator and CEO, from her predecessor Roberto V. Garcia.

The ceremony was also witnessed by the members of the SBMA Board of Directors and local government officials from Olongapo City, and the contiguous provinces of Zambales and Bataan.

Eisma was appointed to the post by President Rodrigo Roa Duterte on December 21, 2016, vice Garcia.

She formally took her oath of office as SBMA Administrator before President Duterte in Malacañang on January 9, 2017 along with the new members of the SBMA Board of Directors Benny Diaz Antiporda, Maria Cecilia Bobadilla Bitare, Tomas Lahom III and Stefani Creer Saño.

As administrator and CEO, Eisma shall also sit as vice chair to the SBMA Board of Directors.

Born and raised in Olongapo City, Eisma is a seasoned lawyer with over 23 years of experience in both government service and the private sector.

Prior to her appointment, she was the Sustainability and Contributions Manager of PMFTC Inc., the Philippine affiliate of Philip Morris International (PMI), with 16 years of service in various management capacities looking over corporate, government and regulatory affairs, community and farmer relations, sustainability, contributions, and diversity and inclusion initiatives of the company. She was instrumental in PMI’s decision to locate its regional tobacco warehouse for Asia Pacific in Subic Bay Freeport.

Her stint in the tobacco firm earned her various international awards in the field of Corporate Social Responsibility (CSR), and her work ethic, agility and leadership skills has earned her coveted corporate awards among them the PMI President’s Award in 2005, and the PMI Excellence Award in 2003, 2007 and 2011. She was also an awardee of the PMI Best Contribution Program in 2009 and the PMI Above and Beyond the Call of Duty Award in 2010.

Atty. Eisma is very much at home in SBMA. As a young lawyer, she started her career as the Executive Assistant to the Chairman and member of the Legal Department at the time of the agency’s formation and foundation from 1993 to 1998. During this period, she was also qualified by the Civil Service Executive Board required to hold higher positions in government

She represented SBMA in local judicial courts and oversaw the Housing Department of SBMA in managing negotiation and collection.

She was also a member of the team that successfully negotiated assistance of the World Bank to SBMA including the entry/investment of Federal Express, and various international and local investors resulting to thousands of jobs.

Before joining the private sector, she continued life in the public service as head executive assistant and legal counsel to the majority floor of the House of Representatives, and as chief of staff of the secretary of the Department of Trade and Industry from 2000-2001. 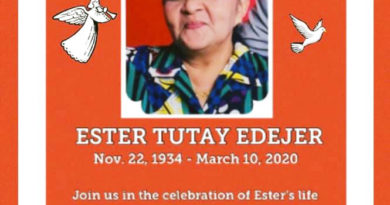