CORK ROOM IS THE PRIDE OF SUBIC

CORK ROOM is now simply that again – CORK ROOM, no longer the Cellar, Attic nor Bistro, at its new and permanent home beside Subic Gas along Dewey Ave. in the Subic Bay Freeport.

The music, food, drinks and ambience so uniquely Cork Room remains, however, thanks to the second level glass-walled space it now occupies, with an enhanced view of the sea, mountains and skies of Subic, day or night.

“We always offer something new,” said owner Frankie Barretto, “that has always been the case since 1972.”

Barretto, uncle of the famed actresses Claudine, Marjorie and Gretchen, opened the first Cork Room along the National Highway at Kalaklan, Olongapo City during the heydays of Subic Naval Base, then the largest American Military installation outside the United States.

In contrast to the many sleazy joints the city then offers, Barretto established Cork Room with “clean fun” via folk music, good food and fine drinks.

“Cork Room was a hit to both locals and US servicemen,” Barretto said, “it turned out not all people want girlie bars and the likes.”

Some Cork Room performers, like Verna Cañon, even made it to the national scene as songwriter/recording artist.

Cork Room moved closer to the US Naval Base main gate in a more spacious venue, also along R. Magsaysay Drive in 1982 as Cork Room Attic, with customers still brimming, locals and Americans, alike.

In 1989, Barretto opened Cork Room Baguio City which was as well-received as its Olongapo counterpart.

The big 1990 earthquake, however, destroyed most parts of Baguio and the venue of Cork Room, though spared, was converted into an evacuation center for Olongapo and Zambales residents working and studying there, with Barretto, travelling to the city to spearhead relief and assistance efforts.

Still reeling from the devastation of Mt. Pinatubo Volcano’s eruption in 1991 and the American US Base’s pull-out in 1992, Cork Room Attic was struck by fire in 1989, forcing Barretto to close shop.

With the former US Base converted into a freeport, Barretto revived Cork Room in 2009 at the strategic Dewey Ave. corner Manila Ave. of the already bustling business hub in the region.

Named Cork Room Bistro, old-timers welcomed its revival, frequenting the place filled with nostagia, even emotional, as they reminisce the days when they were students or young professionals mixing it up with US servicemen in enjoying clean fun of music, food and drinks at the old Cork Rooms.

US-based Angel and Lourdes Tuliao-Cunanan said they were elated to learn of Cork Room’s revival that thay make it a point to go to Cork Room whenever they visit the Philippines.

“It was in Cork Room where we met and fell in love and now we have a family,” Angel told Subic Bay News in one of their visits to Cork Room.

Celebrities Edu Manzano, Bembol Roco and Al Tantay, among others, have visited Cork Room in the Freeport, with friends and families. Even former President now Manila Mayor Joseph Estrada was in Cork Room, a few years back, and sang a couple or so sentimental numbers.

Designed by renowned Architect Michael C. Olivares of FORO Consulting, Inc., the new home of Cork Room boasts of both aesthetics and functionality, pleasing to the eye and user-friendly.

To top it all, its lights were designed by Lighting Designer Angelique “Gic” Arguelles of ARGI Light Design DISEINUA, adding to the unique ambiance of the new home of Cork Room.

“The lights as designed by Gic are not only beautiful but eco-friendly, too,” said Barretto, referring to the recycling of used wine bottles cut to serve as bulb holders and chandeliers, that often becomes a talking point for most customers now frequenting the place.

The genius set-up of its Bose audio system is another reason to go to Cork Room.

“To complement the structure, our food remains to be of high quality both in preparation and ingredients,” Barretto said, “and so does our beverages.”

“Cork Room is back and it’s back for good,” proudly says Barretto, “and we want to share it with you, with everybody!” 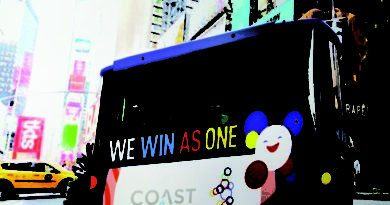 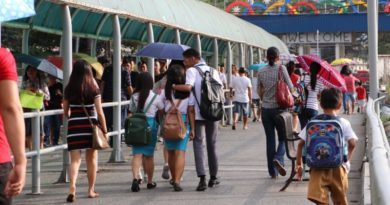 Construction of P442.7-M Magsaysay bridge is on