SUBIC BAY FREEPORT — Ten (10) years since it was closed to vehicular traffic due to deterioration, work on the replacement of the US Navy-era bridge that serves as the major connection between the Subic Bay Freeport Zone and Olongapo City is now underway.

Expected to be finished within 540 calendar days, or by the first quarter of 2021, the new bridge is designed to improve access and mobility, revitalize business in the area, and generate more opportunities for local livelihood.

“Aside from improving accessibility to the Subic Bay Freeport because this connects to the main artery in Olongapo, which is the Magsaysay Drive and Rizal Avenue, this project also takes into consideration public safety and convenience because the bridge is heavy in foot traffic,” Eisma pointed out.

“It also reflects our preparations for the boom in local tourism business, as this will improve the appearance of the Main Gate, which used to be the iconic symbol of Subic since when it became a naval base,” she added.

Built by the US Navy in the early ‘60s, the deterioration of the Magsaysay Bridge was detected as early as 1999 when experts restricted its maximum load capacity to 20 tons. The bridge was eventually closed to vehicular traffic in 2009.

“For almost two decades now, the Navy-era facilities in Subic remained as they were. We’re now fixing these because the better our facilities are, the more businesses and jobs we can generate,” she said.

However, actual construction was put on hold over the years due to budget constraints and it was only last year that the SBMA funded a new detailed engineering design for a new structure.

According to the SBMA Engineering Department, the new Magsaysay Bridge will be a 72.5-meter multi-span slab bridge, about 600 mm thick on the average and with a total carriage width of 24.15 meters. It will also have a covered walkway for pedestrians.

The bridge project will also involve the demolition and removal of the existing two-lane span; construction of security gate and fence at the Main Gate; and building of a new covered walkway from Magsaysay Bridge to the intersection of Rizal Highway, which is a major road in Subic’s central business district.

The package will also include construction of new intersection and road expansion in the Main Gate area; building of drainage structures; and relocation of existing facilities for power, water, sewerage and telecommunications.

As of now, the contractor is starting work on the foundations for a temporary pedestrian bridge that will be built before the existing bridge is demolished. 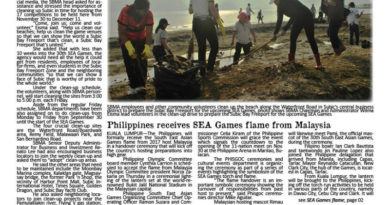 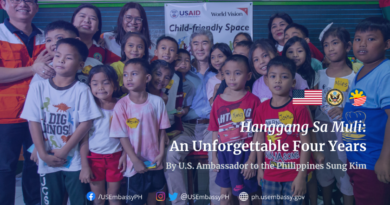 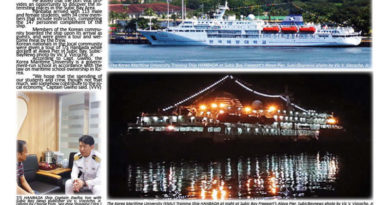