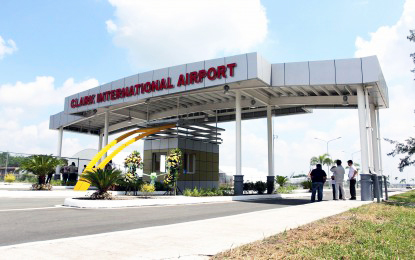 Jaime Melo, president of the Clark International Airport Corporation (CIAC), in a statement on Tuesday said “the safety and comfort of passengers are CRK’s top priorities and we have required operations personnel to work even during Holy Week.”

Melo said the CIAC has also added security personnel and provided free shuttle service from the arrival gate to the Park and Fly compound, with children and the elderly as priority passengers.

Oplan Biyaheng Ayos is an initiative of Transportation Secretary Arthur Tugade for the aviation, road, maritime and rail sectors to ensure the safety and comfort of passengers especially in light of the influx of travelers this Lenten season.

The CIAC chief also assured the riding public of continued power supply and said vital equipment such as air-conditioning units, conveyors, escalators, elevators and boarding bridges are functioning round-the-clock, while emergency services are also available 24/7 such as ambulance and fire trucks.

Aside from the regular passenger assistance desks, Melo said the CIAC has put up an Oplan Help Desk inside the terminal, manned by personnel from the Philippine National Police and CIAC airport operations and medical staff.

Meanwhile, with the anticipated slow or heavy vehicular traffic at North Luzon Expressway and Subic-Clark-Tarlac Expressway this Lenten season, the airport official also advised passengers to allocate more travel time in going to CRK so they won’t run late for their flight.

“Check their updated flight status and terminal assignment before heading to the airport,” he said.

The average daily passenger volume at the CRK is 11,500, served by a total of 734 weekly flights, 246 of them international and 488 domestic flights. (PNA)