The four-lane, 30-kilometer expressway that will link the cities of Tarlac and Cabanatuan is now 94 percent complete.

“From the connection of Subic-Clark-Tarlac Expressway (SCTEX) and Tarlac-Pangasinan-La Union Expressway (TPLEX) in Balingcanaway in Tarlac City, the contract packages covering Tarlac Section and Rio Chico River Bridge Section with a total length of 10.5 kilometers were fully completed while construction of the 9.2 kilometer-Aliaga Section is 87% finished,” Villar disclosed.

CLLEX up to the intersection of Aliaga-Guimba Road in Aliaga, Nueva Ecija is due to be completed and partially opened this second quarter of 2021 but was hampered by encountering work restrictions.

Public Works and Highways Undersecretary for Unified Project Management Office Operations Emil Sadain said that despite best efforts by the project contractors, partial opening of CLLEX was moved from May to July after work suspension was issued for the ongoing contract packages in compliance to the construction safety guidelines to prevent the spread of COVID-19.

“For about 40 days from April 7 to May 16, civil work activities were stalled at Contract Package 3 (Aliaga Section) and Contract Package 5 (Zaragoza Interchange Section) as a number of our laborers got infected. Hence, all of the workers involved in the project needed to have a negative test result for them to be a given a health clearance by the Aliaga Municipal Health Office,” Sadain shared.

With load restriction on local roads, embankment materials and aggregates also have to reach the site using the 45-kilometer Tarlac-Quezon and 36-kilometer Cabanatuan-Quezon access routes for hauling in order not to delay the delivery of critical resources.

Meanwhile, the 10.3-kilometer Contract Package 4 (Cabanatuan Section) is 88% complete with works currently progressing in areas with newly acquired writ of possession issued by the Regional Trial Court branches as renegotiations and legal expropriations with other involved property owners are being done to fully acquire needed road right-of-way.

When completed, CLLEX becomes an important east-west link for the expressway network of Central Luzon.

It ensures a continuous seamless traffic flow for the motoring public from Metro Manila and vice versa passing thru North Luzon Expressway, SCTEX and TPLEX. (PIA 3) 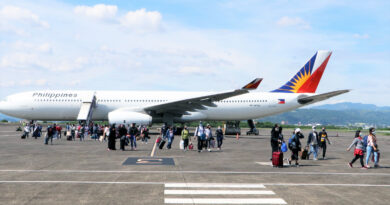 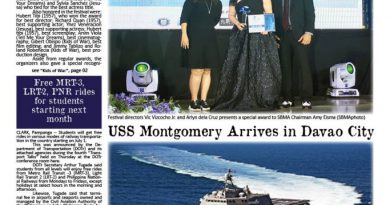 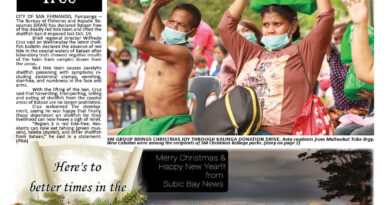