Cardinal Luis Antonio Tagle, the Prefect of the Vatican Congregation for the Evangelization of Peoples and president of Caritas Internationalis, had a swab test at the Philippine Red Cross (PRC) bio-molecular laboratory in Mandaluyong City this morning as a requirement before flying back to the Vatican City in Rome.

PRC Chairman and CEO Senator Richard J. Gordon, who also had his regular swab test, joined Tagle during the procedure.

Tagle, who got tested positive for COVID-19 last September 10 upon his arrival in Manila from Rome, thanked the swabbers, medical technologists, volunteers and staff of the Red Cross, and then prayed for their health and safety.

“I am very proud of what you do. It is important that they feel the care, that they are not just a case, but they are human beings,” he said.

Gordon, on the other hand, wished the former Manila Archbishop good health as Tagle will soon fly back to the Vatican to continue his obligations as cardinal-bishop.

“I wish Cardinal Tagle good health and more strength with each coming day, and guidance from our Lord as he continue his mission to the Vatican,” said Gordon.

Before leaving the laboratory, Tagle blessed the PRC facility. 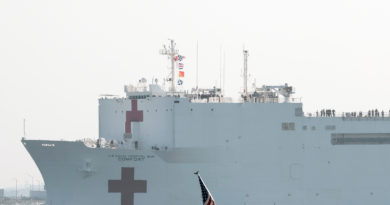