​The Bangko Sentral ng Pilipinas (BSP) carried out seven enforcement operations during the first nine months of 2021 that led to the seizure of more than 500 pieces of counterfeit Philippine banknotes with a notional value of more than P480,000.

The enforcement operations also resulted in the arrest of 16 suspects, 14 of which were members of crime syndicates.

The BSP’s Payments and Currency Investigation Group, which carries out said operations, has already filed criminal cases against the arrested individuals in the courts.

In addition to the seized counterfeit Philippine currency, the BSP also seized more than 200 pieces of counterfeit foreign banknotes during the said period.

The BSP continues to protect and promote the integrity of the Philippine banknotes and coins through sustained efforts against the counterfeiting of currency.

Over the last 10 years, the BSP has conducted more than 100 enforcement operations that led to the apprehension of 176 suspects and the confiscation of more than 12,000 pieces of counterfeit Philippine banknotes with a notional value of Php 7.69 million.

The operations also led to the seizure of more than 14,300 pieces of counterfeit US dollar bills with a notional value of USD 92.59 million, along with a number of other foreign currencies.

Of the 176 arrested suspects, 127 were members of a criminal syndicate while the remaining 48 were found to have acted on their own.

The BSP’s anti-counterfeiting operations also resulted in the filing of 161 criminal cases in court. Out of these cases, 63 have been concluded while 98 are still ongoing. Of the concluded cases, 62 resulted in a conviction. This translates to a 98.41 percent conviction rate from 2010 to 2021.

Under Republic Act No. 10951, counterfeiters of Philippine currency are subject to the penalty of imprisonment of at least 12 years and 1 day and a fine not exceeding two million pesos.

The BSP encourages the public to report any information on currency counterfeiting to the nearest police station or law enforcement agency, for appropriate action, or contact the BSP Payments and Currency Management Sector for assistance at Tel. Nos. (02) 8988-4833 and (02) 8926-5092. 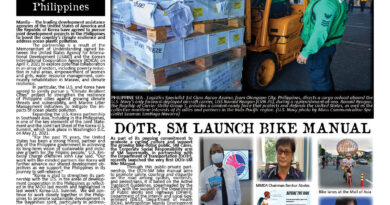