Residents and visitors of Olongapo City will have a chance to see the “float” the cast of the movie “Bonifacio, Ang Unang Pangulo,” led by Robin Padilla and Vina Morales, rode onto during the Metro Manila Film Festival (MMFF) parade.

According to Lito Villarin, worshipful master of Mt. Tapulao Masonic Lodge  no. 389, the float, dismantled after the MMFF parade, will be transported and re-assembled in Olongapo for the city fiesta parade on Tuesday, 30 December 2014.

Masonic District R3-C, through Mt. Tapulao Lodge, is co-producer of the historical action epic movie on the life of national hero Andres Bonifacio, founder of the revolutionary group KKK (Katipunan), which spearheaded the Filipinos’ struggle against Spanish colonial rule.

“We are bringing the float to Olongapo at the request of Mayor Rolen C. Paulino,” Villarin said.

The parade is the highlight of the annual city fiesta that draws crowds not only from within the city but from other parts of Luzon and overseas, as well. (VVV) 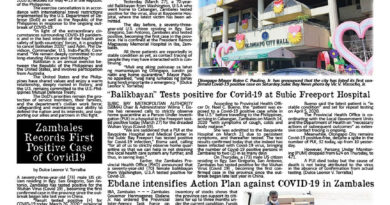