Senator Christopher “Bong” Go assured Filipinos that he, together with concerned government agencies, will continue to provide support to communities affected by various crisis situations on top of the ongoing COVID-19 pandemic.

On Saturday, June 5, Go’s personnel delivered aid to the victims of a fire that spread through Barangay New Kalalake in Olongapo City, Zambales six days earlier.

His personnel provided meals, financial assistance, food packs, vitamins, masks and face shields to a total of 15 families who were subdivided into batches. The activity was conducted in strict compliance with the health and safety protocols to prevent the spread of COVID-19.

Furthermore, a team from the Department of Social Welfare and Development gave away separate financial assistance. The Department of Trade and Industry and the National Housing Authority also conducted assessments for their respective assistance programs.

Meanwhile, as Vice Chair of the Senate Committee on Housing, Go is pushing for measures to ensure every Filipino family, especially those victimized by natural disasters and fire incidents, has access to decent and affordable housing. Among these is Senate Bill No. 203 or the National Housing Development, Production and Financing Act. The bill, which he filed in 2019, seeks to ramp up housing production by providing long-term and reliable government financing.

The Senator also filed SBN 1227, otherwise known as the Rental Subsidy Program Act, in the same year which seeks to provide families displaced by disasters with improved access to the formal housing market.

As the Chair of the Senate Committee on Health, Go also offered his help to those needing medical treatment. He also advised them to utilize the nearest Malasakit Center at the President Ramon Magsaysay Memorial Hospital in Iba town which provides convenient access to the medical assistance programs offered by the government.

There are currently 117 Malasakit Centers nationwide. The centers have benefited more than two million indigent patients since Go, as then Special Assistant to the President, launched the program in 2018.

Amid the many challenges of the pandemic, Go continues to lend his aid and support to communities and families most in need of help in Zambales. He also supported the funding for the continued rehabilitation of Elicano Street in Brgy. East Bajac-Bajac.

A week ago, Go’s personnel also carried out relief operations for more than 2,000 beneficiaries, composed of indigent persons with disabilities, senior citizens, solo parents and workers, in Barangays Santa Rita, Pag-asa and West Bajac-Bajac on May 27. 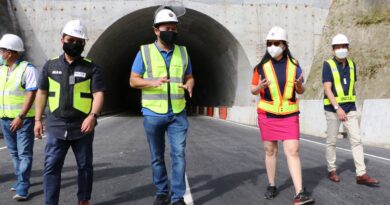 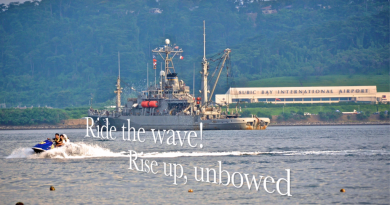